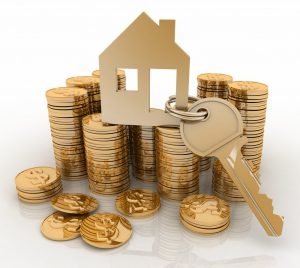 The United States Senate Committee on Finance [1] recently held a full committee hearing to discuss ways to increase access for affordable housing across the country; the hearing is part of the committee’s larger endeavor to reform the tax code.

Five expert witnesses were invited to testify before the committee, including: Daniel Garcia-Diaz, Director of Financial Markets and Community Investments at the U.S. Government Accountability Office; Grant S. Whitaker, President of the National Council of State Housing Agencies; The Honorable Katherine M. O’Regan, PhD, Faculty Director and Professor of Public Policy at New York University; Kirk McClure, PhD, Professor of the Urban Planning Program at University of Kansas; and Granger MacDonald, Chairman of the Board at the National Association of Home Builders.

According Senator Ron Wyden’s (D-Oregon) opening comments, these experts were invited to help brainstorm ways in which the industry could increase supply, a key challenge to the housing market, as well as find ways to incentivize home starts near schools, public transit, parks, and retail establishments. Senator Wyden was also quick to point out that this reform is a bipartisan effort—and was confident if the two sides continued to work together tax reform would likely be “on the horizon.

Daniel Garcia-Diaz’s testimony, of the U.S. Government Accountability Office, focused on how agencies implement federal requirements when awarding Low-Income Housing Tax Credits (LIHTC) while still assessing property costs and monitor compliance, along with the IRS’s oversight of the LIHTC Program. The testimony used reports from the past three years in outlining a suggested route forward. Grant Whitaker also discussed LIHTC, along with Housing Finance Agencies, which work to issue both Housing Credits and Housing Bonds on a state and local level. Katherine O’Regan presented statistics and the eventual backlash of high housing costs.

The main goal of the testimonies for all participants was to discuss ways of eventually lowering housing costs, either by increasing inventory or finding ways for affordable, government subsidies that are sustainable long-term.