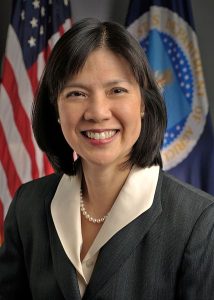 The Federal Housing Finance Agency (FHFA) named United States Department of Agriculture (USDA) veteran Phyllis Fong its Acting Inspector General. She will continue to serve as Inspector General for the USDA, according to a press release from the FHFA.

In her new position Fong will be the senior official in the Office of Inspector General and will oversee audits, investigations, and other oversight activities relating to FHFA’s programs and operations.

"FHFA takes great pride in being a world-class prudential regulator. We strive to be good stewards of the resources taxpayers have entrusted to us. Inspector Fong’s leadership in FHFA Office of Inspector General will provide the oversight required to ensure that FHFA executes our mission in an efficient and effective manner without waste, fraud, or abuse," Acting Director Sandra L. Thompson said.

Fong—stepping in for Laura Wertheimer, who announced her resignation last month amid investigations— says she appreciates Acting Director Thompson’s interest and support and echoes her sentiments.

"FHFA OIG has an important mission—to provide oversight and recommendations to enable FHFA to deliver its programs as effectively as possible. I look forward to working with FHFA OIG’s staff to accomplish this mission," Fong said.

Fong has served as Inspector General for USDA since 2002. Her priorities in that post have been to focus USDA Office of Inspector General’s resources on the protection of public health and safety related to USDA’s mission and operations, and to improve the management and financial integrity of the department’s programs, according to the FHFA's announcement.

It adds that prior to her appointment at USDA, Fong served as the IG of the U.S. Small Business Administration—from April 1999 until December 2002. She also has served as a career member of the Senior Executive Service, where she held several senior management positions.

From 2008 to 2014, Fong served as the first Chairperson of the Council of the Inspectors General on Integrity and Efficiency (CIGIE), an independent agency established by Congress in the Inspector General Reform Act of 2008. Fong also served as a member of the Recovery Accountability and Transparency Board, established by Congress to oversee Federal spending under the American Recovery and Reinvestment Act of 2009 until its sunset in September 2015. The board’s responsibilities included oversight of disaster relief funds for Hurricane Sandy.