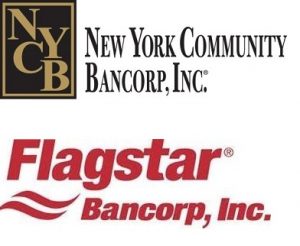 New York Community Bancorp Inc. (NYCB) and Flagstar Bancorp have jointly announced that, at their respective shareholder meetings, they each received the necessary approval for the consummation of their planned merger. Originally announced in late April, the transaction is expected to close during Q4, subject to the satisfaction of certain closing conditions and the receipt of all necessary regulatory approvals.

"We are extremely pleased by the overwhelming support received from both sets of shareholders in favor of this transaction,” said Chairman, President, and CEO of NYCB, Thomas R. Cangemi. “The strong approval confirms the financial and strategic benefits of the transaction. I am looking forward to working with Flagstar to create one of the top regional banks in the country."

Upon closing, the combined company will have $85 billion in total assets, operating nearly 400 traditional branches in nine states, and 86 retail lending offices across 28 states. It will have its headquarters based on Long Island, N.Y., with regional headquarters in Troy, Michigan, including Flagstar's mortgage business.

"I am very pleased with today's vote, which validates the shareholder value created by the merger," said Sandro DiNello, President and CEO of Flagstar. "The entire organization is very excited about the opportunities which lie ahead for the combined company, while maintaining a strong commitment to our employees, customers, and to all the communities we serve."