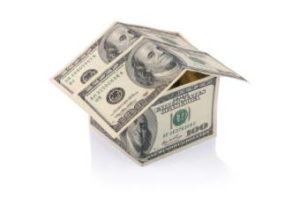 With three straight months of decline in annual appreciation, home prices grew at a slower rate for the first time in four years. This according to the latest Black Knight Mortgage Monitor report released on Monday.

The report, which looked at data at the end of June 2018, examined the slowdown in the rate of home price appreciation between March to May 2018. It also gauged the impact of this slowdown and the slightly lower interest rates on home affordability.

The Black Knight report indicated that every state saw prices increase in May, but at 0.93 percent, which is the lowest growth rate for the month in four years. Despite this slow growth, the annual appreciation in May 2018 was at 6.3 percent, about 2.5 percentage points higher than the 25-year average.

Over the past three months, the report revealed, 32 states had seen a deceleration in appreciation while it had picked up speed in 18 states. Thirty-three of the 50 largest U.S. markets "are also experiencing slowdowns," the report said. The housing market in California slowed more than three times the national average, with annual appreciation cooling from 10.2 percent in February to 8.8 percent in May.

"The question now is whether tightening affordability will end that streak and if more deceleration is on the horizon," said Ben Graboske, EVP of Black Knight’s Data & Analytics division. "On that front, the recent cooling of home price gains and slight reprieve in rising interest rates have combined to stabilize affordability in recent months. As rates have ticked down from 4.66 percent in late May to 4.52 percent in mid-July, the monthly principal and interest payment to purchase the average home only increased by $4 per month–significantly less compared to the $138-per-month increase we saw over the first five months of 2018. Still, the $1,213 in principal and interest per month needed to buy the average home remains near a post-recession high. While that represents a nearly $500 per month increase from the bottom of the market in 2012, it’s important to keep in mind that it’s still roughly 13 percent less than was required back in 2006.”

The report also looked at how rising short-term interest rates have impacted holders of outstanding adjustable-rate mortgages (ARMs). It found that 1.7 million such borrowers saw their monthly mortgage payments increase by an average of $70 over the past 12 months. "This subset of borrowers were the beneficiary of downward reductions in their rates and payments following the financial crisis, but that’s no longer the case," Black Knight said.

Read the details of the July Mortgage Monitor report:

Why Aren’t Homeowners Tapping Their Equity?

Previous: The Week Ahead: Checking in on Home Affordability
Next: The Growth of Non-Agency Loan Originations