Lay Down Your ARMs 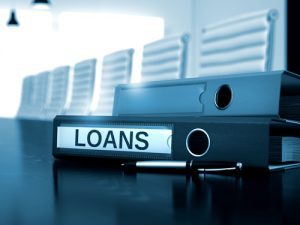 The London interbank offered rate, a.k.a. LIBOR, is about to be phased out over the coming five years. For U.S. consumers, that could actually mean the end of one of the least favored loan products available, the adjustable rate mortgage, or ARM.

How? According to a Monday report from Dow Jones Newswires, ARMs are often closely tied to LIBOR. And if LIBOR goes away, which U.K. officials have recently stated it will, there would not be much for ARMs to gauge their rates on. Then again, the reason U.K. bankers are phasing LIBOR out is because of rampant allegations of manipulating the index‒‒something which, Dow reported, “could prove troublesome for borrowers, lenders, and investors in mortgage securities.”

That’s hardly a psychic prediction, given that ARMs have been blamed (heavily) for the collapse of the mortgage market in 2008. But while consumers, who are far less hot on the idea of an adjustable rate that could adjust past their ability to pay it, might not miss “no one is going to know how to compute what the next payment is going to be," Lou Barnes, a capital markets analyst with Premier Mortgage Group in Boulder, Colo., told Dow. "That’s why it's important."

ARMs still account for a hefty share of U.S. mortgages, however. Roughly $1.33 trillion of mortgages outstanding are ARMs, according to Black Knight Financial Services Inc.That’s almost14 percent of the overall market, and, according to Dow, lenders had been expecting that share to grow as the Federal Reserve continues to raise interest rates.

Lenders asking themselves that question appear to be answering with a simple no. As Dow reported, “lenders have a vague blueprint for what to do when LIBOR disappears. Most ARM contracts specify that if the underlying index is no longer available, the lender or investor will pick a new ‘comparable’ index.”

What qualifies as "comparable," however, isn't clear, but banks are already studying alternatives, Dow reported. Banks that plan to keep ARMs could simply set the ARMs to another index, likely ones conforming to guidelines set by Fannie Mae and Freddie Mac. Both GSEs, according to Dow, say they are watching the LIBOR situation closely and will see how it plays out before determining exactly what they can do about it.

Also, Dow wrote, the Alternative Reference Rates Committee, a group of banks that looked at LIBOR alternatives after the scandals broke, has proposed switching to a benchmark based on short-term loans known as repurchase agreements, or "repo" trades, backed by Treasury securities.

And, of course, there is tying ARMs to the U.S. Treasury, though given that Treasury rates are usually lower than LIBOR, the loss of money by following Treasury could put bankers off.