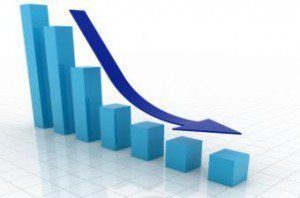 A more severe decline in housing prices is most likely to contribute to credit losses at Fannie Mae and Freddie Mac, in case of a severely adverse economic scenario, according to the results of the 2018 Dodd-Frank Act Stress Test (DFAST) results for both the government-sponsored enterprises (GSEs) released by the Federal Housing Finance Agency (FHFA) on Tuesday.

The combined comprehensive losses for the GSEs increased in the 2018 DFAST, with provision for credit losses being the largest contributor to the comprehensive combined losses of Fannie Mae and Freddie Mac. The global market shock impact on trading securities and available-for-sale securities would also impact the bottom line of both GSEs.

The FHFA said that the 2018 DFAST severely adverse scenario was based on a severe global recession which is accompanied by a global aversion to long-term fixed income assets. "As a result, long-term rates do not decline and the yield curves steepen, leading to a broad-based and severe correction in asset prices, including in the corporate bond and real estate sectors," FHFA said.

Additionally, FHFA had required the GSEs to use aligned regional house price paths to improve the comparability of its stress test results and it had broadened the definition of counterparties to be considered in the largest counterparty default component of the global market shock to include mortgage insurers and providers of multifamily credit enhancements.

While their combined losses would amount to $21.2 billion under the DFAST, Fannie was likely to book a higher credit loss of $13.9 billion, compared to a $7.4 billion credit loss booked by Freddie.

According to the scenario given to the GSEs, The global market shock also involved a sudden sharp increase in risk premiums and credit risk and a generall selloff of U.S. assets. Markets that are closely linked to interest rates such as corporate debt, residential mortgage-based securities, and commercial mortgage-based securities are impacted more severely compared to domestic equity markets, under this scenario.

FHFA said that the major differences in the global market shock for this DFAST cycle compared to 2017 included the yield curve steepening, a weaker U.S. dollar compared to other advanced countries, and less severe price shocks on credit-sensitive assets such as non-agency mortgage-backed securities.