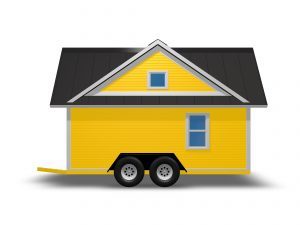 Restrictive zoning and expensive financing are holding back the production of more manufactured homes. According to a recent study by the Urban Institute, helping people understand their financing options for manufactured housing could increase the demand for these homes as a viable affordable housing option.

In a report that looks at demystifying this segment of the housing market, researchers at the Urban Institute looked at how financing for manufactured housing (MH) differed from that for traditional housing units or properties.

It found four key differences. First, the market was served by a small group of specialized lenders, second, the average loan size for manufactured homes was small; third refinancing was rare and was usually done by general lenders; and fourth cash was the most preferred means of a transaction for manufactured homes, especially for used units.

"Of the five lenders that offer the most loans to purchase manufactured housing, 78 percent of the lending is originated by three MH lenders, two of which dominate the market: 21st Mortgage (20,956 loans) and Vanderbilt Mortgage (11,365 loans)," the report revealed. "The MH lender San Antonio Credit Union was in fifth place, with 2,902 loans."

Loans made by MH lenders were also generally more likely to be chattel or personal property loans compared with mortgage loans, which were preferred by general lenders.

When it came to loan sizes, the report revealed that the median loan size for manufactured homes was $72,000 compared with $199,000 for single-family homes. "This reflects MH's role as a source of affordable housing," the researchers at Urban Institute said. Within the manufactured housing market, the report indicated, the average loan size for borrowers served by general lenders was $90,000 compared with $56,000 for MH lenders and $58,000 for specialty lenders.

While MH lenders and specialty lenders were more popular with originating loans, refinancing was rare in this sector and usually done by general lenders, the report found. In 2016, the refinance share for single-family homes was 45 percent compared with 26 percent for MH loans, in part because of the lack of cash-out refinancing opportunities for MH. The report indicated that 84 percent of refinance mortgages for MH were made by general lenders.

Previous: Why Are Home Sellers Wary of Trading Up?
Next: Testing the GSEs’ Performance in Adverse Conditions