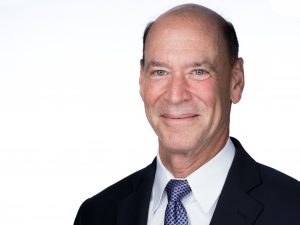 A search for his replacement has been launched by the CSS Board of Managers. Applegate will stay on board during the transition.

“In my conversations with the board, I expressed that this was the optimal time for a transition, following the June launch of the Uniform Mortgage-Backed Security (UMBS) on the CSS-built Common Securitization Platform,” Applegate said. “Since I joined CSS in November of 2014, it has been my honor to work alongside the amazingly talented teams at CSS, Fannie Mae, Freddie Mac, FHFA, and our external partners to realize the vision for a Single Security.”

The CSS began in 2013 as a joint venture between the GSEs to build and operate a single securitization infrastructure.

Applegate called the launch of the “[David] Applegate brought all those skills to this work, and we are extraordinarily grateful for his contributions,” added Jerry Weiss, EVP and Chief Administrative Officer of Freddie Mac and Chairman of the CSS Board of Managers. “With today’s announcement, we begin the search for a candidate who can continue our progress, starting a seamless transition that will pave the way for additional success at CSS.”

Fannie Mae President David Benson said Applegate’s leadership was critical to the successful implementation of the UMBS. Benson added that the Single Security “marks a fundamental and important shift in housing finance.”

“Ensuring a seamless launch required a leader with deep industry experience, a clear vision, and the ability to unite multiple stakeholders around a complex set of requirements. We deeply appreciate Dave’s strong leadership and guidance during his time with CSS and we wish him every success in his next opportunity,” Benson said.

The Urban Institute released a study on the long-term impact of the UMBS. According to the study, the single uniform saves taxpayers money, and that MBS investors “strongly preferred” Fannie Mae’s security.

Also, the UMBS reduces inefficiencies, with the securities of either GSE now able to be delivered into a single security.

Previous: Homebuyers Spending Big Money in the Big Cities
Next: The Growing Alternative to Homeownership