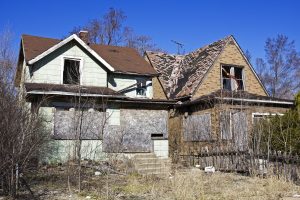 The number of Americans paying more to live in substandard conditions increased between 2013 and 2015, according to a new report released Wednesday by the U.S. Department of Housing and Urban Development. In fact, in 2015, HUD found that 8.3 million very-low-income unassisted families paid more than half their monthly income for rent, lived in severely substandard housing, or both. The agency referred to such residents as “worst-case needs” residents.

The rise in worst-case needs residents follows a dip from the prior “Worst Case Needs” report, which studied patterns between 2011 and 2013. The latest number of worst-case needs households, according to HUD, is the second highest on record and signals a 66 percent increase since 2001.

The South and West reported the most very-low-income renters. Miami, Memphis, Dallas-Fort Worth, and Los Angeles reported between 49 and 61 percent of their poorest renters were paying more to live in worse conditions. These renters also had the highest prevalence of worst-case needs and the lowest likelihood of receiving housing assistance, HUD reported.

While incomes rose between 2013 and 2015, rents also increased nearly as fast, HUD reported. But for the poorest renters, rent hikes outpaced income gains; and though the production of rental housing is strong, “the rapidly growing renter population is putting increasing pressure on the rental market, particularly on the inventory of affordable rental housing,” HUD reported.

“Two years ago, our nation was still feeling the aftershocks of our housing recession with rents growing faster than many families’ incomes,” Carson said.  “After years of trying to keep up with rising rents, it’s time we take a more holistic look at how government at every level, working with the private market and others, can ease the pressure being felt by too many un-assisted renters.”

Carson added that by pursuing housing finance reform, the Trump administration seeks to “unwind the federal government’s role in the private mortgage market and ease the stress on rental markets.”

Previous: An Ounce of Prevention
Next: 5 States Headed for Correction