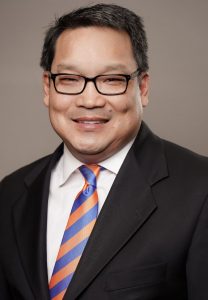 Gateway First Bank [1] has named Steven Plaisance as President of Mortgage Banking. Plaisance has served Gateway as Interim President since February 22, 2021, during the regulatory approval process. In this role, Plaisance will play a key part of the executive leadership team, helping to define and set the course for mortgage activities across all spectrums.

“Gateway’s a great organization with significant new opportunities to grow and advance,” said Plaisance. “I am excited to have joined the team and look forward to contributing to the ongoing success of the organization.”

Plaisance worked at Arvest Bank [2] for nearly 32 years, serving most recently as President and CEO of Arvest Bank’s Mortgage Banking Division for the past six years. Plaisance currently serves, and previously served, on a number of advisory boards for Fannie Mae [3] and Freddie Mac [4]. He is also very active in leadership roles with the Mortgage Bankers Association (MBA) [5], including the current chairman of the Mortgage Action Alliance (MAA) [6].

“We are thrilled to have Steven on the Gateway team,” said Scott Gesell [7], CEO of Gateway. “With his extensive experience and leadership, we are able to align all things mortgage, including retail, correspondent, operations, secondary and servicing, under one umbrella. While Steven’s resume is extremely impressive, his commitment to culture and values is what makes him a perfect fit with the Gateway Team.”