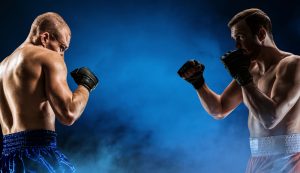 Agents from Redfin report 54% of home offers in July 2020 faced competition. That’s down slightly from June’s 56%, but it marks the third month running that more than half of Redfin’s home offers faced competition—this, according to data journalist Lily Katz, for Redfin.

Negotiations enter a “bidding war” when an agent reports that an offer receives at least one rival bid, Katz said.

A shortage of homes for sale and lowest-ever mortgage rates (below 3% for the first time in recorded history) mean bidding wars remain steady despite a coronavirus-battered economy.

"Bidding wars may slow down if interest rates tick up again, which could happen if we get good news about a coronavirus vaccine or more clarity around the outcome of the upcoming U.S. presidential election," said Redfin Chief Economist Daryl Fairweather.

"At the same time, we may still be in the early innings of the pandemic migration wave. If coronavirus cases continue to climb, more employers will likely make flexible remote work policies standard procedure, which will drive further migration out of large, expensive cities. As a result, we may see bidding wars gain more traction in suburban areas and small towns."

The Redfin report broke it down, noting that:

Single-family homes were most likely to encounter bidding wars in July (56% of Redfin offers faced competition).

Townhomes were next at 54%, followed by 42% of offers for condos.

Just 46% of offers for homes that were listed at above $1.5 million received multiple bids in July.

"If you price your home right and you haven't Crayola crayoned all over the wall, you're going to get at least a handful of offers," said Tampa Redfin agent Brian Walsh.

To be included in Redfin’s analysis, a city had to have had at least 50 offers written by Redfin agents.

"You'd never know that we're in the middle of a pandemic. It's as hot a seller's market as I've ever seen," said Greg Mathers, a Redfin agent in the San Francisco area. "One of my clients recently bid $100,000 over a home's asking price and only had the eighth-highest of 15 offers. It's coming down to how much money you can throw at a house and how many contingencies you can waive."

The percentages for 21 states and the full report was published Monday on Redfin’s website.