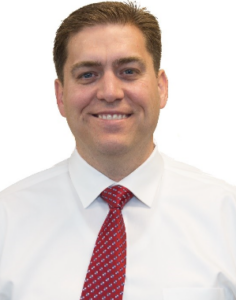 It was recently reported that a substantial share of mortgage loan applications were both declined for reasons that can be addressed with homebuyer downpayment assistance (DPA), and/or eligible for homebuyer assistance programs. The report, published by Down Payment Resource (DPR), was derived by analyzing Home Mortgage Disclosure Act (HMDA) data for tens of thousands of declined purchase mortgage loan applications, representing $3.7 billion in volume furnished by mortgage lenders. These loan apps were declined for either insufficient cash-to-close or disqualifying debt-to-income (DTI) ratios, but were categorized as “potentially recoverable” with homebuyer assistance.

In the age of housing affordability, such programs could be the “make or break” for some buyers on the cusp of the American dream of homeownership.

MReport had a chance to discuss the housing affordability crisis with Richard Ferguson, Founder of CBC Mortgage Agency, a nationally-chartered housing finance agency and source of down payment assistance that helps low-income consumers, often in minority neighborhoods, achieve the dream of homeownership.

Ferguson began his career as a Loan Officer in 1993, becoming a top producer. In 2000, he helped to build one of the nation’s largest down payment assistance providers, which he left in 2004. Ferguson later co-founded a business finance platform in 2006, which was later acquired, to provide credit and financing opportunities to small businesses. Ferguson has also been an angel investor in several companies involving technology, manufacturing, retail, and renewable energy. In 2013, he was recruited to lead CBC Mortgage Agency in providing responsible homeownership solutions to deserving homeowners.

The housing affordability issue seems like a vicious cycle as inflation and the rise in rates are forces acting against first-time buyers looking to purchase. What needs to change to remedy this issue and break this cycle?
Ferguson: There is no one thing that needs to happen, but rather a concerted effort by policymakers, central bankers, and regulators to break the cycle. First and foremost, the Fed needs to get inflation under control. Waiting too long to pump the brakes during unprecedented government spending has led to the predictable outcome of rising inflation and rising interest rates. The Fed has several tools to curb inflation and needs to use them. In addition, regulators, especially on the local level, need to spur the development of affordable housing by removing unnecessary red tape, speeding up entitlement processes, and increasing density through zoning changes.

While these moves may be met with considerable resistance by local citizens, we are at the point where something must give to increase housing inventory. Policymakers can also make an impact by reducing MIP costs on federally insured loans such as those provided by the FHA, which currently has a capital reserve requirement four times more than statutory requirements.

Do you foresee housing affordability issues lingering throughout the remainder of 2022, or do you think the issue will extend beyond?
Ferguson: Affordability issues will only get worse throughout 2022 with the rise in rates and the ever-decreasing supply of housing coupled with strong demand. Much of the real estate being purchased is being bought with cash by individual and institutional investors, which is making it ever more difficult for first time home buyers to compete. I do not see these affordability issues subsiding this year or next, barring an economic shock to the U.S. economy that causes the Fed to artificially lower interest rates through tools such as quantitative easing.

Are down payment assistance plans and first-time buyer plans feasible options to turn to in this market?
Ferguson: While we certainly believe down payment assistance, or DPA, is an important tool for many first-time borrowers, it is not a cure-all for every possible homeownership obstacle. DPA does solve one of the largest hurdles for borrowers, which is the down payment. Many would-be borrowers have good income and good credit, but due to ever-increasing rental rates, they have not been able to save enough for a down payment on a home. For these types of credit worthy borrowers, DPA can be of great help, especially for minority buyers, who often do not have familial wealth to assist them in buying their first home.

Besides renting, what are some options you would suggest to a buyer currently shopping in this ever-competitive market?
Ferguson: Though perhaps not the ideal situation, would-be buyers might consider teaming up with others to buy a home. For example, Millennials may want to team up with their parents or siblings to buy a two-unit property. Combining two household incomes to purchase a property makes homeownership more possible. Alternatively, a buyer could buy a two- to four-unit property, live in one of the units, and rent the other one to three units, using the rental income to help qualify for a new loan. However, finding potential properties that are ideal for such a plan may be difficult.

Several firms offer potential solutions to would-be buyers who may not yet qualify for financing, perhaps due to a credit issue, a past bankruptcy, or a limited history of self-employment income. For example, there are also lease-to-own programs, which if structured properly, might make sense for a would-be buyer. These programs involve the buyer partnering with a firm to buy a home, which then leases back to the buyer with a contract to purchase the home at a future date at a predetermined price.

What advice would you give to a prospective buyer forced to sit on the sidelines due to affordability concerns?
Ferguson: It depends on what is forcing them to be on the sidelines. If the issue is not having enough income to afford the mortgage payment due to rising interest rates, they could look at partnering with a roommate or another borrower to buy something. Additionally, they could work on increasing their income earning potential by seeking new employment, which is definitely possible in today’s incredibly competitive job environment.

If their issues are credit related, they can consider the lease-to-own option I mentioned earlier. They could also seek sound advice on how to improve their credit profile. There are a number of websites that offer services to improve your credit score, but you need to be careful who you deal with. Perhaps the best solution is to get with a HUD-certified counseling agency, such us Money Management International, and schedule an appointment with a counselor to discuss your financial situation and create an action plan on how to reach your homeownership goals.