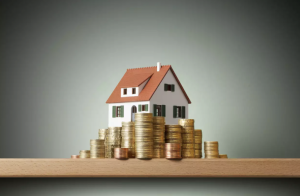 While acceleration has slowed and some more-affordable inventory has entered the market, home prices remain at record highs nationwide. Regionally, some metros have seen more intense surges than others. The median home price in Boise, Idaho, for example, jumped nearly 13% in the first half of 2021, from $410,100 in December 2020 to $463,383 in June, a nationwide high.

That's according to data tracked by real estate brokerage HouseCanary, which revealed that cities in the southern and western parts of the country experienced the most significant growth.

“Looking at the markets experiencing the highest price growth, we have seen large migration to states with no income tax, including Florida, Washington, Nevada and Texas,” said Chris Stroud, HouseCanary Co-Founder and Chief of Research.

“There is a general migration pattern toward southern, southwestern and mountain states,” Stroud said. “While these themes were present before COVID-19 hit the U.S. in spring 2020, they have significantly accelerated as the pandemic has altered the way many Americans work and live.”

Only two metro areas on the researchers' list of cities experiencing the largest increases are located outside of that region (Atlantic City, New Jersey, and Lebanon, New Hampshire).

Using HouseCanary data, the personal finance and mortgage experts at Credible pulled together a list of the 25 cities that have seen the largest jumps in home prices through June of  this year.

Analyst Chris Jennings echoes findings from numerous other reports that show a pandemic-prompted migration away from crowded, expensive metro areas.

"This is especially true in California, where individuals are leaving expensive coastal cities like Los Angeles and San Francisco and flocking to lower-cost regions like the Central Valley and Inland Empire," Jennings noted, adding that six California metro areas made the list—and all of them are based in either the Central Valley or Inland Empire. Sacramento ($540,983) finished with the highest median home price of all metro areas on the list, followed by Stockton ($496,403), and Riverside ($474,390)."

Data from HousingCanary was analyzed by the folks at Credible—the full list is available here at Credible.com.