The Growing Appeal of High-End Markets 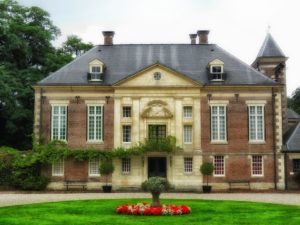 Luxury home sales continued to soar in July, with prices hitting double-digit gains in 19 major markets and the number of $1 million-plus sales up 13 percent from a year ago, according to Realtor.com's latest Luxury Home Index report.

As with the general U.S. housing market, price growth in luxury communities has come with an increasing dip in availability. According to the report, the median age of inventory in the 91 luxury markets surveyed was 108 days, down eleven days or 9.3 percent year-over-year and moving faster than any July since tracking began in 2012. Two-thirds of luxury markets are also seeing inventory move faster than last year.

"The strong economy is bolstering demand for luxury homes," said Danielle Hale, chief economist for Realtor.com. "They are selling fast and demand for these homes has pushed the entry level price point to more than $1 million in half of the markets studied. Although there are some pockets of weaker performance, we've seen double-digit price growth in 19 markets for the first time in four years."

The strongest numbers in July came from Florida and the West, while stalwart luxury markets in the Northeast showed signs of flagging. Sarasota, Fla. was the fastest-growing luxury market, with sale prices up 21.2 percent since last May, according to the report. Half of all luxury homes in Sarasota sold within 157 days, 21 percent faster than the previous year.

Queens, Maui, Santa Clara, and Boulder rounded out the top five, each seeing yearly growth of 13 to 16 percent. But California was a big draw for luxury buyers in July. According to the report, Northern California had seven of the top 20 fastest-growing luxury markets in the country, “thanks to the booming tech sector and strong foreign interest, which are continuing to drive the demand for luxury properties.”

Also in the West, Boulder, Douglas, and Denver counties in Colorado all saw double-digit growth in May, with luxury homes in Boulder and Denver typically selling in less than 95 days, according to the report.

“This rise is a second wind for Colorado's luxury markets, which saw substantial growth in 2015 and 2016 but stagnated in early 2017,” the report stated. “Prices have been growing, and homes have been selling more quickly ever since.”

But in both places, price growth has stopped increasing, the report concluded. This indicates “that they could be losing momentum.”

Previous: The Fed’s MBS Holdings and Housing
Next: Predicting Housing Industry’s Growth in 2019