Home >> Daily Dose >> Goldberg: We Don’t Get the Luxury of Sitting Back Anymore

Goldberg: We Don’t Get the Luxury of Sitting Back Anymore 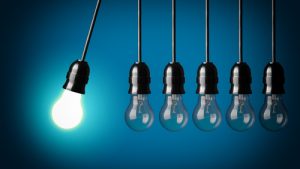 In a world of new technology, innovation, and millennials that no one can seem to get a firm grasp on, companies and organizations are finding themselves trying to keep up. However, Bob Goldberg, new CEO of the National Association of Realtors (NAR), doesn’t want to just keep up, he wants to stay on top of innovation.

In Goldberg’s first live interview, Andrew Flachner, CEO of RealScout, a provider of technology that enables brokerages to benefit from their buyer data, discussed what Goldberg’s goals are for NAR. With giants such as Amazon coming into the market, how are agents supposed to continue?

According to Goldberg, it’s definitely not by the traditional methods they’ve grown accustomed to. Many people view innovators more as disruptors, but Goldberg said that fearless leaders embrace fearless ideas and instead of viewing them as the boogieman, NAR should be bringing them under their tent.

So what does that mean? Well, as said by Goldberg, it’s being in a position where they can move quickly, make decisions, and make things happen. The real estate market can’t shut their eyes and pretend that no one is going to mess with real estate—because they will. The news of Amazon getting into the real estate market shouldn’t have been a surprise because Goldberg said they should have been going out and looking at the major players to engage them to work with NAR instead of as a competitor.

And when it comes to competitors such as Amazon, Goldberg believes they shouldn’t be wasting the money to compete with them. He wants to take a look at the small businesses such as startup companies in MLS or other “outside players” and bring them “inside.” In other words, they should be bringing them in as coalitions because, simply put, they don’t have the “financial clout to try to fight that."

“We don’t get the luxury of sitting back anymore because we will become irrelevant,” Goldberg said.

To see the entire interview, including specific leadership structure changes that may be coming to NAR, click here.

Tagged with: National Association of Realtors