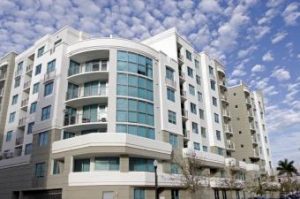 Housing starts in July took an unexpected tumble in both the single-family and multi-unit sectors. The latest HUD/Census Bureau Report Residential Construction Activity report showed residential starts down by nearly 5 percent from June, mainly as an offshoot of a drop in apartment construction.

Privately owned housing starts in July were at a seasonally adjusted annual rate of 1.15 million. That’s 4.8 percent below the revised June estimate and 5.6 percent down from the previous July. Single-family housing starts in July were a half-percent below the revised June figure of 860,000; the rate for units in buildings with five units or more was 287,000.

Building permits also dropped noticeably compared to June. At a seasonally adjusted annual rate of just above 1.2 million, permits were down 4.1 percent in June. But they were also up 4.1 percent compared to last July. There were 811,000 single-family authorizations in July, identical top June. There were 377,000 authorizations for units in buildings with five units or more.

Hale added that the out-performance in single-family construction “is starting to get us closer to a historically normal balance between single-family and multi-family homes.”

Housing completions had a similar up-and-down month, depending on what the numbers are compared to. July’s 1.175 million completions for privately owned housing were 6 percent down from June, but 8 percent above where they were a year ago.

There were 814,000 single-family completions in July, down slightly from June. The July rate for units in buildings with five units or more was 354,000.