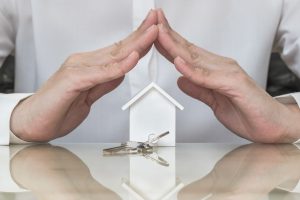 Despite record low interest rates, homeownership affordability continued to decline nationally in May, as the Federal Reserve Bank of Atlanta’s national Home Ownership Affordability Monitor (HOAM) index fell from 97.58 in April 2021 to 94.29 in May. According to the Federal Reserve Bank of Atlanta, an index reading below 100 is an indication that the cost of owning an area's median-priced home is no longer affordable to households earning the median income. As of May, median home prices peaked at $330,500 on a three-month moving average, a record 21.6% increase from a year earlier. At the same time, the median income was estimated to be around $66,740. With home prices reaching record levels, the median-income household would pay about 32% of its income to own the average-priced home, a level that exceeds the 30% affordability threshold set by the U.S. Department of Housing and Urban Development (HUD).

The month of May marked the fifth consecutive month of affordability declines, as among all U.S. metros, 23% were deemed unaffordable based on the Atlanta Fed’s HOAM index, up from 16% a year ago. The study also found that as affordability continues to decline, home sales are beginning to slow in many markets.

Further evidence that affordability is increasingly becoming a burden for prospective homeowners comes from a new Zillow analysis that found affordability issues are expected to worsen by the end of 2021, and are likely to leave millions newly housing cost burdened, as record low mortgage rates and dampened rent growth are quickly evaporating with housing costs rising faster than incomes.

The Zillow study cited mortgage payments as a percentage of U.S. income reached 19.4% in June—the most current observed data—and are anticipated to surpass 2018 levels in August. Assuming home values grow in line with what economists have forecast, that percentage could rise to more than 23.1% by the end 2021, depending on where mortgage rates are heading in the coming months. 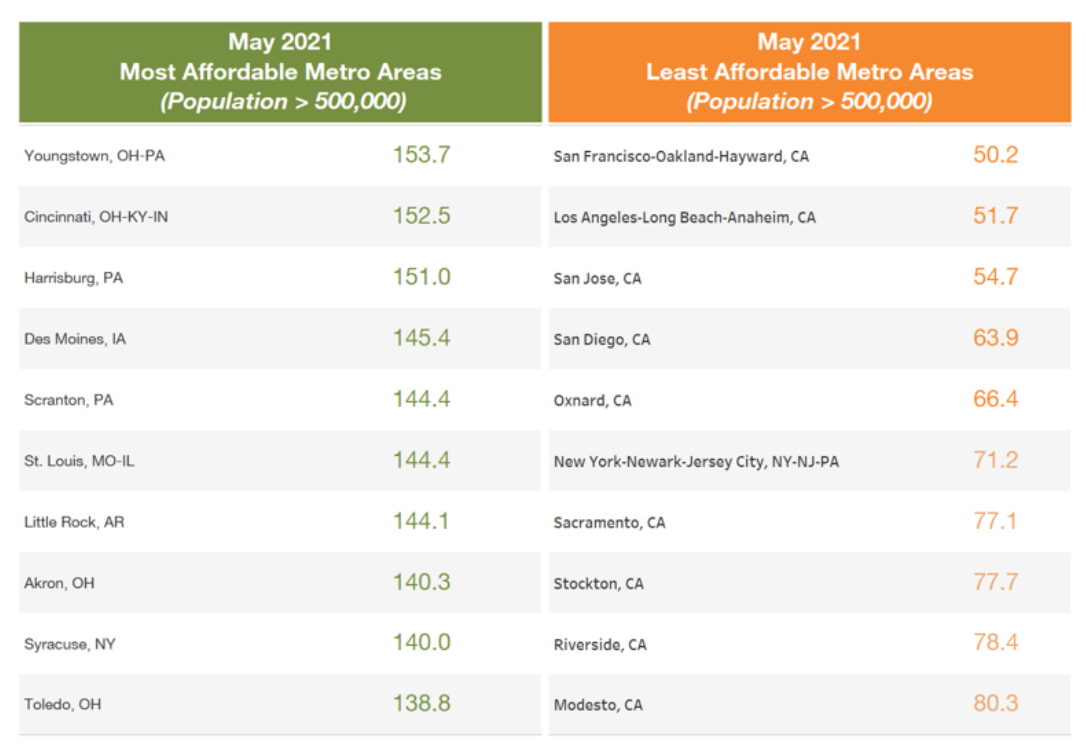 Regionally, nine of the 10 least affordable metropolitan areas in May were in California, with the New York-Newark-Jersey City area ranking sixth (see the table above). With home prices at record levels in these markets, many current homeowners have decided to sell and move to lower-cost areas. At the same time, a majority of the 10 most affordable metros were clustered in Ohio and Pennsylvania (see the map below). Other affordable areas included Des Moines-West Des Moines, Iowa; St. Louis, Missouri-Illinois; Little Rock-North Little Rock-Conway, Arkansas; and Syracuse, New York. Although prices may have increased in these markets, home prices remained moderately affordable to households earning the median income. 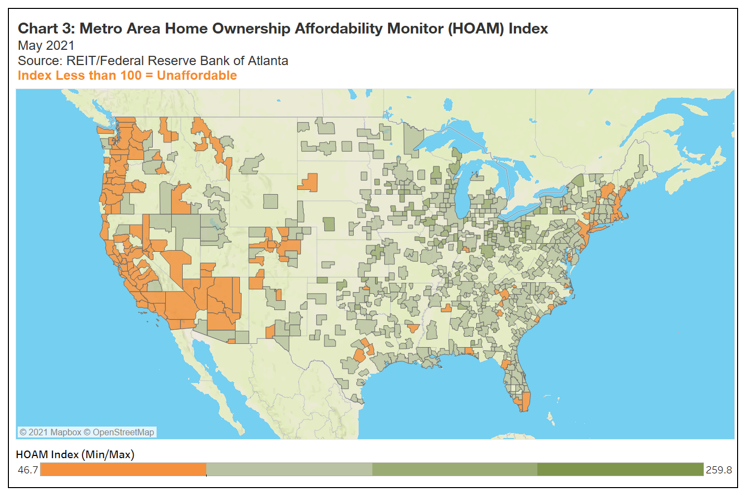 Approximately 82% of U.S. metro areas had a decline in affordability during the past year. Markets like Charleston, South Carolina; Harrisburg, Pennsylvania; Albany, New York; and Baltimore, Maryland, saw an increase in affordability mainly because home prices remained flat or only increased moderately. On the other hand, metros such as Boise City, Idaho; Phoenix, Arizona; Austin, Texas; and Bridgeport, Connecticut, experienced a sharp increase in home prices, which significantly hurt affordability. In Boise City, for example, home prices rose 33% in the past year, resulting in a 19.5% drop in homeownership affordability. Boise City, Phoenix, and Austin have seen a surge of new residents moving into the region from higher-cost coastal markets. Many of these new residents have recently sold homes with a significant amount of equity and have ample cash to put toward a home purchase.

Measures to ease the affordability issue have been taken, most recently by Fannie Mae in an effort to assist more renters on the path to homeownership with the announcement of a new feature in its automated underwriting system (AUS) to incorporate rent payments in the mortgage credit evaluation process.

"For many households, rent is the single largest monthly expense. There is absolutely no reason timely payment of monthly housing expenses shouldn't be included in underwriting calculations," said Federal Housing Finance Agency (FHFA) Acting Director Sandra L. Thompson. "With this update, Fannie Mae is taking another step toward understanding how rental payments can more broadly be included in a credit assessment, providing an additional opportunity for renters to achieve the dream of sustainable homeownership."

The Federal Reserve Bank of Atlanta’s HOAM also noted the following in May: