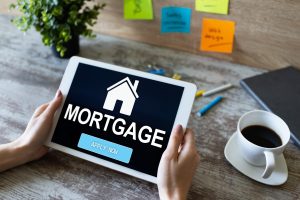 "Mortgage rates were at their highest levels in around a month, with the 30-year fixed rate increasing above 3% to 3.06%,” said Joel Kan, MBA's Associate VP of Economic and Industry Forecasting. “Mortgage rates followed an overall increase in Treasury yields last week, which started higher from the strong July jobs report before slowing because of weaker consumer sentiment and concerns about rising COVID-19 cases. The increase in mortgage rates caused a 5% decrease in refinancing, driven by a 7% drop in conventional refinance applications. Even though rates are seven basis points lower than the same week a year ago, the refinance index is around 8% lower. The eligible pool of homeowners who stand to benefit from a refinance is smaller now."

The U.S. Bureau of Labor Statistics (BLS) reported that total non-farm payroll employment rose by 943,000 in July 2021, as the unemployment rate declined by 0.5 percentage point to 5.4%, with employment gains found in the leisure and hospitality, in local government education, and professional and business services sectors. The number of unemployed persons fell by 782,000 to 8.7 million in July, down from highs seen at the end of the February-April 2020 recession.

Gradually, data has shown that home prices are stabilizing, while supply is increasing, thus making for slightly less-brutal bidding battles among homebuying hopefuls, according to the latest from researchers at Redfin. In July, 60.1% of home offers written by Redfin agents faced competition, down from a revised rate of 66.5% in June and a pandemic peak of 74.1% in April. And while July's bidding-war rate was the lowest since January, it was still higher than July 2020's 57.9% bidding-war rate.

Despite the low rates, affordability has become a growing concern, with a new Zillow analysis finding that affordability issues are expected to worsen by the end of the year, and are likely to leave millions newly housing cost burdened. Record low rates and dampened rent growth are quickly evaporating with housing costs rising faster than incomes.

In June, mortgage payments as a percentage of U.S. income reached 19.4%, and are anticipated to surpass 2018 levels in August. Assuming home values grow in line with what Zillow economists have forecast, that percentage could rise to more than 23.1% by the end 2021, depending on where mortgage rates are heading in the coming months.