Home >> Daily Dose >> The Week Ahead: Relief in Store for Housing Supply?

The Week Ahead: Relief in Store for Housing Supply? 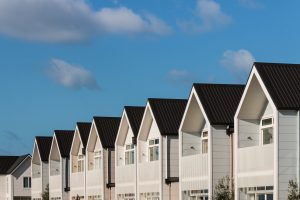 This week, the National Association of Realtors (NAR) will release its existing-home sales report for July 2021.

Inventory remains a concern for the market, but is looking up, as NAR reported total housing inventory at the end of June amounted to 1.25 million units, up 3.3% from May of 2021’s inventory, and down 18.8% year-over-year (1.54 million).

June’s unsold inventory was at a 2.6-month’s supply at the current sales pace, modestly up from May's 2.5-month supply, but down from 3.9 months in June 2020.

"Supply has modestly improved in recent months due to more housing starts and existing homeowners listing their homes, all of which has resulted in an uptick in sales," said Lawrence Yun, NAR's Chief Economist. "Home sales continue to run at a pace above the rate seen before the pandemic."

One factor into the rise in inventory can be ticket prices of homes, as in July, the median home price hit an all-time high according to Redfin, reaching $385,600, marking a 20% annual increase. Redfin found that July marked 12 consecutive months of double-digit price gains, which is significant because a year ago, the housing market was already in a strong growth phase, after pausing briefly at the onset of the pandemic. One year later, Redfin says it is still seeing extremely strong growth, but the market is gradually becoming less competitive for buyers.

“Demand has softened enough that homes aren't flying off the market quite as fast or for as much above list price as they were in the spring,” said Redfin Chief Economist Daryl Fairweather. “Mortgage rates are remaining about as low as they've ever been, so buyers who lose out in a bidding war don't have to fear that they've missed their window to buy. As more homes are being listed, it may be worth waiting for the right home at the right price.”