Home >> Daily Dose >> Watch Out for the Little Guy

Watch Out for the Little Guy 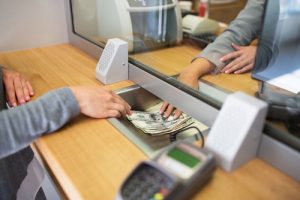 On Tuesday, The Federal Reserve, Federal Deposit Insurance Corporation (FDIC), and the Office of the Comptroller of the Currency (OCC) signed off on a proposal to hold on implementing stricter capital rules for small, community banks.

According to the proposal, banks with less than $250 billion in assets and less than $10 billion in foreign exposure may continue to comply with the simpler temporary capital rules, while large banks will face stricter capital requirements beginning on January 1, 2018. FDIC Vice Chairman Thomas Hoenig has urged regulators to continue to peel back the regulation placed on small banks, pushing for less complicated rules.

According to Hoenig, community banking activities are less complex, and small banks have higher levels of tangible equity, which puts them at a competitive disadvantage against large banks under the same rules. Regulators had previously announced that they will launch an effort to make regulation simpler for small, community banks, but following the mandatory 10-year review of existing rules, regulators found simplifying capital rules for community banks to be a priority, though no timeframe has been released yet.

“While this step to freeze the phase-in of Basel rules is important, our actions do not go far enough in providing the permanent and comprehensive relief that community banks so badly need and that I have long been advocating,” said Hoenig.

Small banks will be able to rely on temporary rules regarding capital for their financial products, including mortgage servicing assets, certain deferred tax assets, and investments in the capital instruments of unconsolidated financial institutions. According to the FDIC, approximately 90 percent of U.S. commercial banks would fit the criteria of a “traditional bank,” while two-thirds have capital levels which would allow for the rolling back of restrictions.

Previous: The Fight for New Homes
Next: Mortgage Options for Veterans