Most Buyers Will Exceed Budget for ‘Perfect Home’ 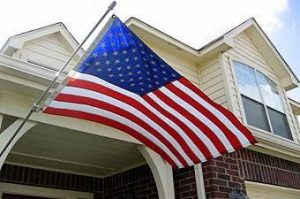 It looks as if lenders may be in luck, as more and more home buyers will most likely be needing to take out larger mortgages than they had first anticipated. According to a recent report from real estate experts at Lending Tree, the vast majority of American homebuyers (nearly two-thirds) are still willing to ante up the asking price on a new abode, even though it exceeds their current budget.

The exact percentage was 64%, which means that more than 6 out of every 10 homebuyers are willing to go over budget in order to attain the house of their dreams. Also making up a vast majority of American homebuyers today? Those who report finding the entire home buying process highly stressful, especially during these unprecedented times.

Especially stressed out by this home buying journey are millennials, who answered the survey not holding back about their emotional states while navigating the steps of a home sale. Specific statistics from the survey showed that more than 3 out of every 4 millennials (those respondents aged 24 to 39) admitted that they had overextended themselves past their set budgets in order to obtain their desired house on the market. That is a whopping 64%. Among the males surveyed, those who admitted to making the same compromise and exceeding bugetary constraints was accounted for 74%.

Tendayi Kapfidze, LendingTree’s chief economist, issued a warning to home buyers in light of these current findings: “I urge homebuyers to be very cautious about going over budget. Many people underestimate the maintenance costs of owning a home.”

Kapfidze added: “If you are stretched financially and underinvest in maintenance, it can diminish the value of your home.”

A highlight was also placed on how certain groups are particularly overwhelmed and placed under pressure when seeking to secure their mortgages. Specifically mentioned were Black and Hispanic homebuyers, who reported being nearly two times as likely (16% and 18%, respectively) as their white counterparts (who represented 9%) to admit that the application process for applying for a mortgage was the absolute most stressful portion of the entire home buying journey.