Mortgage Apps Rebound After Down Week 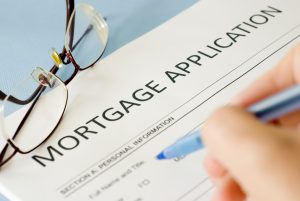 The Market Composite Index, a measure of mortgage loan application volume, increased 1.6% on a seasonally-adjusted basis from one week earlier. On an unadjusted basis, the Index increased 1% compared to the previous week.

“Mortgage rates slightly declined as a result, with the 30-year fixed rate decreasing for the first time in three weeks,” said Kan. “Lower rates led to an increase in refinance applications, with government loan applications jumping 10% to the highest level since May 2021. Purchase applications for both conventional and government loans also increased. The Purchase Index was at its highest level since early July, despite still continuing to lag 2020's pace. There was also some easing in average loan sizes, which is potentially a sign that more first-time buyers looking for lower-priced homes are being helped by the recent uptick in for-sale inventory for both newly built homes and existing homes."

Redfin recently found that the median home price once again hit an all-time high in July, reaching $385,600, a 20% annual increase.

"Now that we're a year out from the post-lockdown rebound, we can no longer explain away the enormous price growth by pointing to the pandemic's earliest impacts on the housing market,” said Redfin Chief Economist Daryl Fairweather. “While this ongoing trend continues to fuel an already severe affordability crisis, the market is becoming somewhat less competitive for homebuyers. Demand has softened enough that homes aren't flying off the market quite as fast or for as much above list price as they were in the spring. Mortgage rates are remaining about as low as they've ever been, so buyers who lose out in a bidding war don't have to fear that they've missed their window to buy. As more homes are being listed, it may be worth waiting for the right home at the right price."

RE/MAX, in its National Housing Report for July 2021, also found that despite continued high demand, July inventory climbed 4.0% from June 2021, marking the first two consecutive months of month-over-month inventory gains since April and May 2019.

High prices are simply sending prospective buyers back to the drawing board, as they are choosing not to give into record-high prices and are choosing to avoid bidding wars for these properties, thus boosting the nation’s housing inventory.

"The month-over-month gain in inventory, extending a short trend that started in June, was great news–even though the shortage of listings remains a major challenge," said Nick Bailey, President of RE/MAX LLC. "Some buyers have stepped away in light of high prices, seller expectations, multiple offers and intense competition, but new listings are still selling quickly. Clearly, the demand is still there. The market should continue to run hot, especially if interest rates remain low, prices stabilize a bit, and more sellers jump in to take advantage."