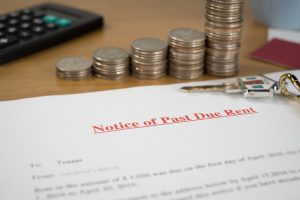 The U.S. Treasury reports that some $46 billion in government rental aid is still being disbursed at a sluggish pace, with only about 11% thus far in the hands of renters and property owners who need it. While the pace of distribution increased moderately from the prior month, total aid disbursed to date comes to just about $5.1 billion, according to numbers released Wednesday.

The Treasury announced updates to help grantees expedite assistance, including measures to reduce processing delays by providing more lenient requirements for applicants to prove need via self-attestation, without further documentation, and for landlords to do so on behalf of tenants.

The Treasury report comes in the midst of a temporary stay of the eviction moratorium, which the U.S. Supreme Court could soon strike down. While the Court in June denied a request by a group of landlords and real estate associations to invalidate the CDC moratorium on evictions, Justice Brett Kavanaugh wrote that his decision was based on the fact that the CDC moratorium was ending July 31. He indicated that his decision would be different should the bans be extended any further, something the CDC  said at the time it would not do, but then did three weeks ago (through October 3). National Association of Realtors, for one, cited the Judge's statement as part of its reasoning behind a recent lawsuit—many independent, mom-and-pop landlords, they argue, are unable to function, pay their mortgages, or earn an income as long as the ban is in place.

Therefore, the distribution of these rental assistance funds is not only vitally meaningful to millions of renters and property owners, but said disbursement also is up against a ticking clock—once that moratorium is nixed or expires in early October, about 3.6 million Americans, according to the Consumer Financial Protection Bureau, say they "somewhat or very likely" face eviction within the coming two months. The bureau has a tool, accessible on consumerfinance.gov, to assist landlords in applying for funds on behalf of tenants. 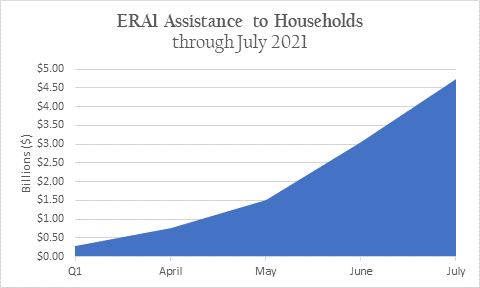 One example of the Treasury's new policies to expedite distribution involves allowing landlords and utility providers to directly access funds on behalf of tenants.

"To speed assistance, Treasury is establishing guidelines for providing a portion of estimated bulk payments to landlords and utility providers in anticipation of the full satisfaction of application and documentation requirements," the announcement read. "These changes balance the need to assist households served by larger landlords and utilities with the need to protect taxpayers."

The full list of updated policies is available at home.treasury.gov.

The Treasury states that, while it faced many early obstacles, July data shows "many communities have reported fully spending their ERA 1 resources, demonstrating that there are effective pathways to getting relief quickly to those who need it."

One of the biggest challenges many state and local government programs continue to face in getting assistance to renters and landlords is application processing delays. The updates announced today, it reports, should "accelerate assistance to those in the pipeline in addition to those who have yet to apply."