Regions With Most Motivated Homebuyers 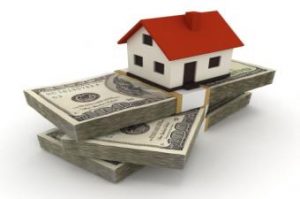 The common refrain is that competition unleashes the best in everything. Along those lines, while low rates likely will abet a number of those in the most competitive housing markets, many housing markets are teeming with as much competition as they ever have, according to LendingTree.com.

Home prices, in fact, stoked by low inventory, are budging up. Meantime, in the shadow of COVID-19, borrowing standards have been tightened by lenders. The upshot: borrowers who might have been approved for a loan more easily at the beginning of the year now could find themselves in a quandary, staring at an uphill battle to secure a loan and purchase a home. Consequently, if they hope to purchase a house, it’s incumbent upon those in the “Most Competitive Housing Markets” to remain in a highly competitive mode.

The most competitive homebuyers are in San Jose, Raleigh and Pittsburgh, while highly competitive homebuyers reside across the country. Although California is made up of the most metro areas in the top 11, even if they’re not strong in every area, metros can top Lending Tree’s list, which explains San Jose’s position on the list despite its 33rd ranking in the shopping for a mortgage category. Meantime, metros in other states from North Carolina to Massachusetts also include competitive those in the “Most Competitive Housing Markets” .

On the other hand, areas with the least Competitive Housing Markets in the country include Memphis, Tennessee, Virginia Beach, Virginia and Oklahoma City. Those in the Most Competitive Housing Markets in these metros tend to have lower credit scores, smaller down payments and are less likely to investigate mortgage options prior to selecting a home.

For the week ending on May 23, Zillow reported its findings on the shifts occurring in housing market data, specifically showing an uptick in buyers and sellers movement on the market.

Pointing to the recent rise in new pending sales and new listings, Zillow’s report offers cautious optimism for the housing industry. With this data revealing direct evidence that there is indeed an influx of buyers and sellers currently entering the equation, this past week’s report offers some good news to celebrate amid a world current plagued with many unknowns.