Home >> Daily Dose >> The Week Ahead: Are Home Prices Still Scaring Away Buyers?

The Week Ahead: Are Home Prices Still Scaring Away Buyers? 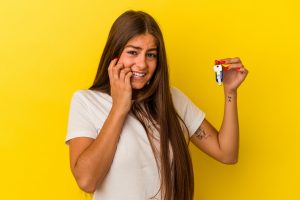 The National Association of Realtors (NAR) will release its Pending Home Sales report for July 2021 this coming week.

"Buyers are still interested and want to own a home, but record-high home prices are causing some to retreat,” said NAR Chief Economist Lawrence Yun in his June report. “The moderate slowdown in sales is largely due to the huge spike in home prices. The Midwest region offers the most affordable costs for a home and hence that region has seen better sales activity compared to other areas in recent months."

Even with mortgage rates resting at all-time lows below the 3% mark, the market has shown little sign of softening, as home prices jumped nationally month-over-month from June to July at an annualized rate of 14.7%, according to the latest Radian Home Price Index.

Many would-be buyers have been forced to scale back and return to the sidelines as they are simply being priced out in what has become a seller’s market.

New data from Redfin has found that national median home sale prices have increased 16% year-over-year to $361,225 for the four-week period ending August 22, as the market frenzy of 2021 has cooled somewhat, but home sellers are still very much in the driver's seat.

“The housing market is less hectic than it was in early spring, but it's still far from typical. The move to a less imbalanced market is happening slowly," said Redfin Chief Economist Daryl Fairweather. "As we approach the beginning of back-to-school season, home prices typically cool, supply winds down, and homes take longer to sell. All that's happening, just very slowly. I don't think the housing market will return to a fully typical state anytime soon, but we are starting to trend in that direction."