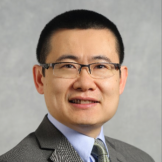 Tian Liu, Chief Economist at Genworth Mortgage Insurance, is an expert at tracking U.S. and regional economic trends. He also authors the company’s Weekly Economic Report, and provides regular updates on U.S. and regional economies, as well as the housing and mortgage market. With the housing market facing continuous lack of inventory, Liu spoke with MReport about what he foresees happening for the future of homebuying.

M// A concern currently facing the housing market is the lack of housing inventory. Why is inventory low and is this something you see being an ongoing problem the rest of the year?

LIU // The housing market has been plagued by low housing inventory for about two years now. Housing inventory over those two years dipped from five and a half months of supply to about four months. A balanced market is one with around six months of supply. This is a remarkable turnaround for the housing market from a buyer’s market to a seller’s market.

The lack of inventory today suggests excess demand in the housing market. This imbalance is not universal across the entire market. Instead, it is predominantly driven by the surge in the first-time homebuyer market and by a perceived lower profit margin on building entry-level homes by the homebuilding industry. Our recently released first-time homebuyer market report shows that the number of first-time homebuyers jumped by over half a million in the past two years. But new single-family homes that are priced under $300,000 have been flat over that period. Both of these factors are unlikely to turn around quickly so the inventory level is likely to remain low not just for this year, but for the next two to three years at least.

M// Do you feel the lack of inventory is keeping some buyers out of the market, such as the millennial generation who may be priced out?

LIU // The lack of inventory is keeping many buyers out of the market. Although difficult to quantify, it is clear that home prices have been rising faster than income growth over the past few years, meaning that housing affordability has been deteriorating. At the same time, accelerating home prices are keeping many renters from buying, thus renting has also been growing at a very fast pace. However, current housing affordability remains quite favorable by historical standards thanks to low interest rates. So while the millennial generation may be disappointed that they have not bought earlier, housing remains a good deal by historical standards. That is why I am still optimistic about the first-time homebuyer market.

Demographically, the millennial generation is the largest cohort in history. Their sheer number means that there will be a sustained swelling in the pool of potential first-time homebuyers. This generation came of age during the housing crisis, which means that they witnessed the wealth, destruction, and dislocation from falling home values. So they waited instead of buying at the first opportunity. But life goes on, and for many, marriage and family means that housing demand eventually catches up. Economically, the unemployment rate has fallen to the lowest point since early 2000. Workers are again confident about career opportunities. That is the economic backdrop for getting back into the housing market.

M // What are the key market indicators we should be paying attention to right now?

LIU // The U.S. economy has been at full employment for about a year. As the economic cycle matures, it will become more important to pay attention to imbalances in the economy. The last two recessions, the dot com bubble and the housing bubble, both showed up as excesses in the financial sector, so we will be monitoring the financial market for emerging signs of excesses.

M // What other challenges will the housing market see this year?

LIU // We believe that the homebuilding industry is under enormous pressure to ramp up production and bring affordable products to market. In the mortgage industry, the GSE reform efforts are unfinished business from the housing crisis. More broadly, the industry needs to re-think the role of the government-backed mortgage products. Their footprint remains large even as the housing crisis has receded, leaving taxpayers with enormous exposure to housing-credit risks.

Previous: House-buying Power Up—But Not for Long
Next: Corralling the Collateral Chaos