House-buying Power Up—But Not for Long 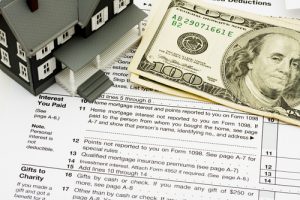 Real house prices—which account for “house-buying power” and affordability—dropped 1.3 percent in June, but are still up nearly 10 percent since this time last year, according to the Real House Price Index (RHPI) released by First American today. Prices are up 9.3 percent over the year but have dropped 34.8 percent since their pre-recession peak.

According to Mark Fleming, Chief Economist at First American, it’s the historically low inventory that’s to blame. In June 2017, there was a 4.3 month supply of existing homes for sale, marking the 25th month in a row that supply has waned.

"The underlying fundamental issue is an overwhelming lack of supply,” Fleming said. “Existing homeowners face a prisoner's dilemma, and over the last eight years, new construction has not kept pace with new demand.”

But while homes are less affordable over the year, “consumer house-buying power” is actually up for the month, according to Fleming. The rise is due to lower interest rates and rising wages.

"On a month-over-month basis, affordability improved slightly, thanks to the seventh straight month of falling rates for 30-year, fixed-rate mortgages, and modest wage gains,” Fleming said. “The increase in consumer purchasing power offset the gains in unadjusted house prices. However, on a year-over-year basis, with rates still higher than a year ago, affordability declined 9.3 percent.”

All 50 states experienced an increase in real house prices—meaning a decline in buyer affordability. Washington state had biggest year-over-year jump, with a 12.5 percent dip in house-buying power. Michigan, Colorado, Oregon, and Illinois also made the top five.

At the metro level, Seattle’s real house prices rose the most year to tade, climbing 16.1 percent. Prices in Nashville, Tennessee, rose 15.1 percent, while those in Charlotte, North Carolina, jumped 14 percent.

Several metros experienced declines in real house prices, with Houston noting the biggest dip (9.5 percent). In the wake of Hurricane Harvey, it remains to be seen what will happen to home prices in that metro. Two more Lone Star State cities—San Antonio and Dallas—rounded out the top three.

Despite these few respites for homebuyers, Fleming says prices will likely continue rising until supply can catch up.

“Over the last eight years, housing demand has increased by 5.9 million, but the net new number of housing units has only increased by 3.5 million,” Fleming said. “This supply shortage will continue to put pressure on affordability and strain first-time home buyers entering the market.”

According to First American, the RHPI “measures the price changes of single-family properties throughout the U.S. adjusted for the impact of income and interest rate changes on consumer house-buying power over time and across the United States at the national, state, and metropolitan area level. Because the RHPI adjusts for house-buying power, it is also a measure of housing affordability.”

Read the full RHPI at FirstAm.com.