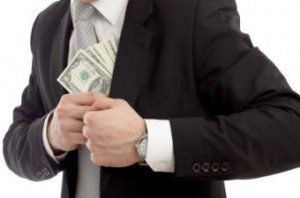 According to First American Financial Corporation’s Loan Application Defect Index, the frequency of defects, fraud, and misrepresentation submitted in mortgage loan applications in July fell 5% from the prior month.

First American reports the frequency of fraud in refinance transactions decreased 4.2% from the month prior and is also unchanged from 2018.

Purchase transactions saw a decline in defect risks of 3.6% from June and the chance of risks rose 1.3% year-over-year.

Freddie Mac reported mortgage organizations are expected to reach $2 trillion in 2019 due to a rise in refinancing.

“Despite fears of an economic slowdown, the U.S. labor market stands firm. Specifically, jobless claims are near historic lows,” said Sam Khater, Feddie Mac’s Chief Economist. “This strong labor market, along with mortgage rates at three-year lows and consumer confidence holding strong, will set the stage for continued improvement in the housing market heading into the fall.”

Of the 50 largest Core Based Statistical Areas (CBSAs) Buffalo, New York, had the highest year-over-year increase in defect frequency at 20.3%. Houston, Texas’, 19.1% decline was the highest in the nation.

Previous: Refinances Cause Mortgage Organizations to Spike to $2 Trillion
Next: Studying the Ban on Single-Family Housing