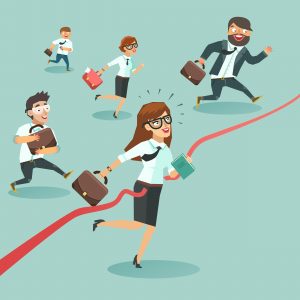 Bank of America is taking notice as women entrepreneurs are at the frontline of business.

A recent report from BofA titled 2017 Bank of America Women Business Owner Spotlight, suggests that being a woman in the workforce is no longer a setback as progress is being made in management roles.

The report goes on to say that women are seeing significant strides in the workforce, with 61 percent of women believing that wages will be equal to or greater than wages for men over the next two decades.

According to Sharon Miller, Managing Director and Head of Small Business for BofA, women entrepreneurs have articulated an inspiring vision, one of equal pay, leadership opportunities, and greater support for those with families.

The bank is no stranger to diversity and inclusion efforts, especially when it comes to promoting women executives. Kathy Cummings, SVP of Homeownership Solutions and Affordable Housing Programs for BofA, represents an example of how women continue to show resilience.

In MReport’s September 2017 issue, Cummings will be featured as one of the magazines Women in Housing Power Players, where she said that it is important for women to support each other in order to achieve greater inclusion.

“I surprised my new manager by telling him one of my favorite TV shows is American Ninja Warrior because I love the competition,” Cummings said. “But more, I love that after they are done competing, the women stand on the sideline and cheer each other on and inspire each other to do better. And that’s how I think we should be, as an organization and as women.”

Cummings was recently named as co-chair to the American Mortgage Diversity Council (AMDC), joining its mission to create a diverse and inclusive mortgage industry. She will also be speaking at the Five Star Conference and Expo.

The AMDC will be meeting at the 14th annual Five Star Conference and Expo at the Hyatt Regency in Dallas, Texas, September 18-20. For more information on the conference, including how to register, click here.

Tagged with: Bank of America HOUSING mortgage Women in Housing