Cordray and Hensarling Face Off 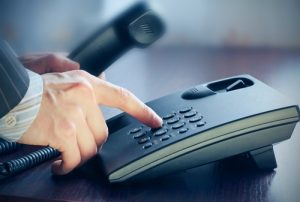 CFPB director Cordray is embattled yet again, with Jeb Hensarling (R-Texas) leading the charge. The Chairman of the Financial Services Committee has been vocal about his displeasure of the CFPB and its director, having once called the bureau, “the most powerful and least accountable Washington bureaucracy in history.”

Cordray has found himself in Hensarling’s crosshairs for the better part of the year. When the CFPB passed an arbitration ruling, members of the U.S. Senate Committee on Banking, Housing, and Urban Affairs threatened a vote to overturn the rule. Then, the Republican Governors Association submitted not one, but two requests through the Freedom of Information Act to determine if Cordray violated the Hatch Act after rumors began circulating that he had intended to run for governor.

Hensarling has set his sights on Cordray yet again, this time after two publications—National Mortgage News, and Cleveland.com—reported that he was trying to push through a rule entitled, “Payday, Vehicle Title, and Certain High-Cost Loans.” Hensarling penned the letter directly to Cordray:

“These reports, which have not been rebutted by the Bureau, suggest that your personal political ambitions may be informing decisions you are making regarding what is supposed to be a nonpartisan and objective agency rulemaking process governed by the Administrative Procedure Act.”

Cordray has indeed been silent on his intention to run for Governor of Ohio. So much so, that Hensarling issued three calls for action in his letter.