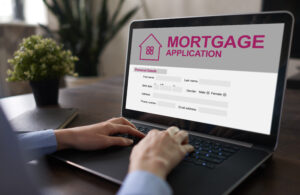 “Mortgage rates and Treasury yields rose last week as Federal Reserve officials indicated that short-term rates would stay higher for longer. Mortgage rates have been volatile over the past month, bouncing between 5.4% and 5.8%,” said Joel Kan, MBA’s Associate VP of Economic and Industry Forecasting. “In another sign that market volatility has picked up, the average rate on a jumbo loan was 5.32%, 48-basis points lower than for a conforming loan. This spread reached a high of over 50-basis points in July–and had narrowed–before now widening again.”

“Restoring price stability will take some time and requires using our tools forcefully to bring demand and supply into better balance,” said Powell. “Reducing inflation is likely to require a sustained period of below-trend growth. Moreover, there will very likely be some softening of labor market conditions. While higher interest rates, slower growth, and softer labor market conditions will bring down inflation, they will also bring some pain to households and businesses. These are the unfortunate costs of reducing inflation. But a failure to restore price stability would mean far greater pain.

“Application volume dropped and remained at a multi-decade low last week, led by an 8% decline in refinance applications, which now make up only 30 percent of all applications,” added Kan. “Purchase applications have declined in eight of the last nine weeks, as demand continues to shrink due to higher rates and a weaker economic outlook. However, rising inventories and slower home-price growth could potentially bring some buyers back into the market later this year.”

The one bright spot that Kan alludes to is the upward push in the nation’s housing inventory, as less people are eager to buy more supply sits on the shelves.

Zillow recently stated that the nation’s housing inventory was up 5.1% on a monthly basis, yet new inventory fell 13.6% month-over-month in July. Compared to July 2019, 15.5% fewer new listings came on the market. This new inventory figure does not include new construction, so it represents current homeowners deciding not to list their homes.