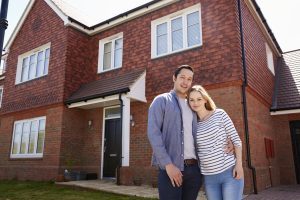 Though they admit that owning a home is worth it in the long-term, the barrier to entry seems too high for many millennials looking to purchase their first home. For current millennial homeowners, 69% say that homeownership has cost them more than they expected, according to a survey from 1 800 Contacts.

According to a study from the National Association of Homebuilders (NAHB), millennials are the largest homebuying demographic, as 77% of millennials will be buying their first home, which is more than Gen X and baby boomers combined. However, the barriers to homeonwership are still there, as recent figures from the NAHB represent a 14% year-over-year decline in prospective homebuyers, which is the third-consecutive annual drop for the metric. The 12% of prospective homebuyers is half of the 24% of potential homeowners in Q4 2017.

Despite affordability issues, however,  24% of millennials plan to purchase a home in the next year. Generation X followed at 13%, 7% of baby boomers plan to buy a home, and just 3% of seniors are expected to make a purchase.

A July report from Ellie Mae revealed that millennials are taking advantage of historically low mortgage rates, which has caused refinance activity to spike.

“Refinance activity amongst millennials continued to rise as interest rates dropped,” said Joe Tyrrell, COO at Ellie Mae. “Time to close has been trending downward recently, but in May, the volume of activity pushed the mortgage finance industry to a tipping point where it spiked dramatically. As the digitization of the mortgage process continues to evolve, increased automation will help borrowers and lenders close all loan types more efficiently, even during periods of increased activity.”