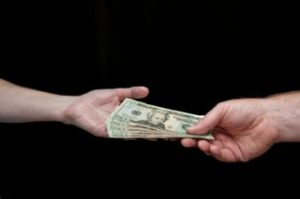 The NAHB states that it has been seven years since the four-quarter property tax revenues declined.

According to the NAHB, the four-quarter growth rate of property tax revenue has slowed in each quarter following accelerating in Q3 and Q4 of 2017. Revenues increased by 18.1%, and corporate tax revenues grew at a faster pace than other tax receipts on an annual basis.

The Census’ information shows that property taxes rose for the second-consecutive quarter, accounting for 39.6% of state and local tax receipts. Income taxes accounted for 28.2%, sales tax was 28%, and corporate taxes was 4.2%.

The report states that non-property tax receipts are more sensitive to fluctuations in the business cycle, changes in consumer spending, and job availability.

Property tax collections have proven to be “relatively stable,” reflecting a long-run of stability of tangible property values, as well as the smoothing effects of lagging assessments and annual adjustments.

While affordability has been an issue nationally, the consumers’ homebuyer power increased in June by 3.3% from the prior month and has risen 12.2% year-over-year, according to First American Financial Corporation’s Real House Price Index (RHPI).

First American reported that household income increased 2.4% annually and 56.4$ since January 2000. Home prices are 18% less expensive than in January 2000.