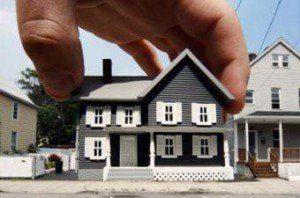 Forty of the nation’s top 50 metro areas have reported a decline in housing supply since February, according to new data released by Redfin.

Among the most dramatic examples of metros witnessing an evaporating housing inventory are San Antonio, which found its number of homes for sale down 21% year-over-year in July—back in February, the Texas city recorded a 1% uptick in available homes for sale—and Baltimore, which also saw a 21% year-over-year declines. Three metros—Frederick, Maryland; Newark, New Jersey; and Chicago—each saw 20% decreases from one year earlier.

However, some of the more densely populated and pricier areas are seeing more homes on the market, most notably the San Francisco metro area with a 51% year-over-year spike in July after having dropped 2% in February. Other notable increases were found in New York City (up 13%) and San Jose (up 7%).

Nationwide, the fierce competition among buyers has driven up home prices, which climbed 8% year over year to a record high of about $323,000 in July. Redfin agent Dan Borowy said he’s seeing this play out in the Baltimore area.

“Buyers are willing to pay more for a house than I’ve ever seen—I’m talking $30,000 to $50,000 over the listing price, compared with maybe $5,000 or $10,000 over before the pandemic,” he said. “They’re desperate because homes are flying off the market so quickly. I’m selling all of the homes I’m listing within three days.”

Redfin attributed the overall sharp decline in inventory to record-low mortgage rates encouraging a new wave of homebuyers coming into a market where supply is nowhere near the level of demand. And rising home prices has not bothered would-be buyers.

Further exacerbating inventory woes is the growing trend of homeowners who are staying longer in their residences, with no eagerness to relocate. And complicating matters is the financial strain of the COVID-19 pandemic, which has sparked an increase in relocations—mostly away from expensive coastal markets to more affordable inland areas.

Still, this is not an abrupt development, with Redfin acknowledging a lack of significant new home construction in the years following the 2008 financial meltdown. But that situation might be changing: Residential construction projects in the U.S. in July were up by 23.4% compared to the previous year while building permits rose by 9.4% to a seasonally adjusted annual rate of 1.5 million.

“Builders got burned big time during the housing bubble, but they’re finally starting to climb out of the hole as homebuyer demand rebounds, which is a good sign for U.S. housing supply,” said Redfin Lead Economist Taylor Marr. “What remains to be seen is whether lumber producers, which are facing slowdowns due to the pandemic, will be able to keep up.”

2020-09-03
Christina Hughes Babb
Previous: Many Regret Taking on a Mortgage During Pandemic
Next: HMBS Issuance in August Hits $859 Million