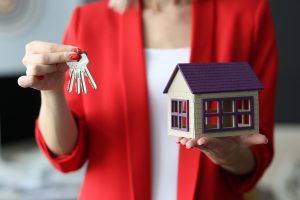 The study was conducted analyzing data from the U.S. Census Bureau’s 2019 American Community Survey [2] one-year estimates, as derived from the Integrated Public Use Microdata Series (IPUMS).

LendingTree found that Miami and Tampa, Florida were the metros where homeowners were the oldest, while renters were older in Pittsburgh and New York. The average age of a homeowner across the nation’s 50 largest metros was found to be between 51- and 52-years-old. In only nine metros was the average homeowner age under 50.

The two metros with the oldest homeowners—Miami and Tampa—are located in Florida, a historically a popular destination for older homeowners for various reasons, including no income tax and a warmer climate. 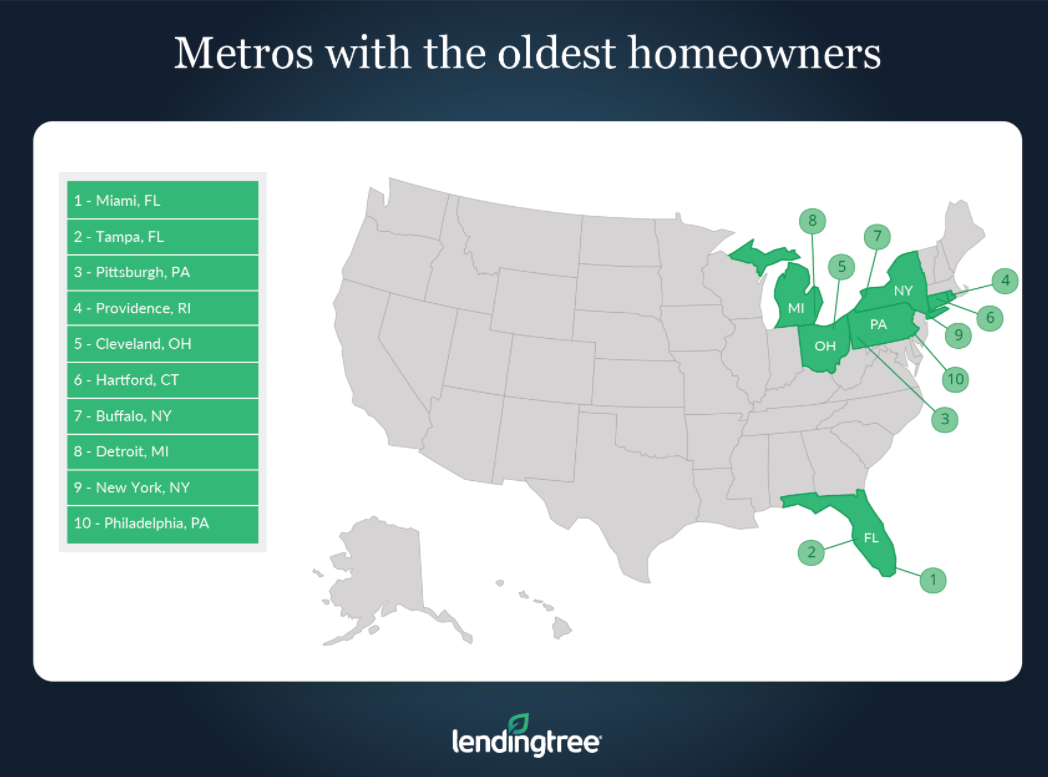 “Generally, older people tend to stick to the eastern U.S., where they often live in warm, retirement-friendly metros like Miami and Tampa, Florida or in more expensive areas like Providence, Rhode Island; or New York, where they’ve built enough wealth to comfortably afford to live,” said author Jacob Channel [3], Senior Economic Analyst for LendingTree, in the report. “That being said, older homeowners are also common in less expensive and colder eastern U.S. metros like Pittsburgh.”

According to a recent Redfin study [4], Miami, Sacramento, Phoenix, Las Vegas, and Tampa were the most popular migration destinations based on net inflow (defined as a measure of how many more Redfin.com home searchers looked to move into a metro than leave) among major U.S. metros in July.

"Miami has always been a melting pot, but the pandemic has brought even more out-of-towners to the area because so many people can now work from wherever they want. Homebuyers are moving here from all over the map—Atlanta, Cincinnati, New York, Columbia, Mexico City, Pittsburgh and Philly, to name a few," said Miami Redfin Real Estate Agent Milagros Alvarez [5]. "The beaches, warm weather and low taxes are the major draws. Florida has also been much less shut down than other states during the pandemic, which some house hunters see as a positive."

Metros where homeowners were the youngest were dominated by three Texas towns, with Austin topping the list, Houston coming in at number three, followed by Dallas at four. The lowest average age for homeowners across the nation’s 50 largest metros was found to be between 47- and 48-years-of-age in Austin, Texas, while St. Louis has the second-youngest number of homeowners. 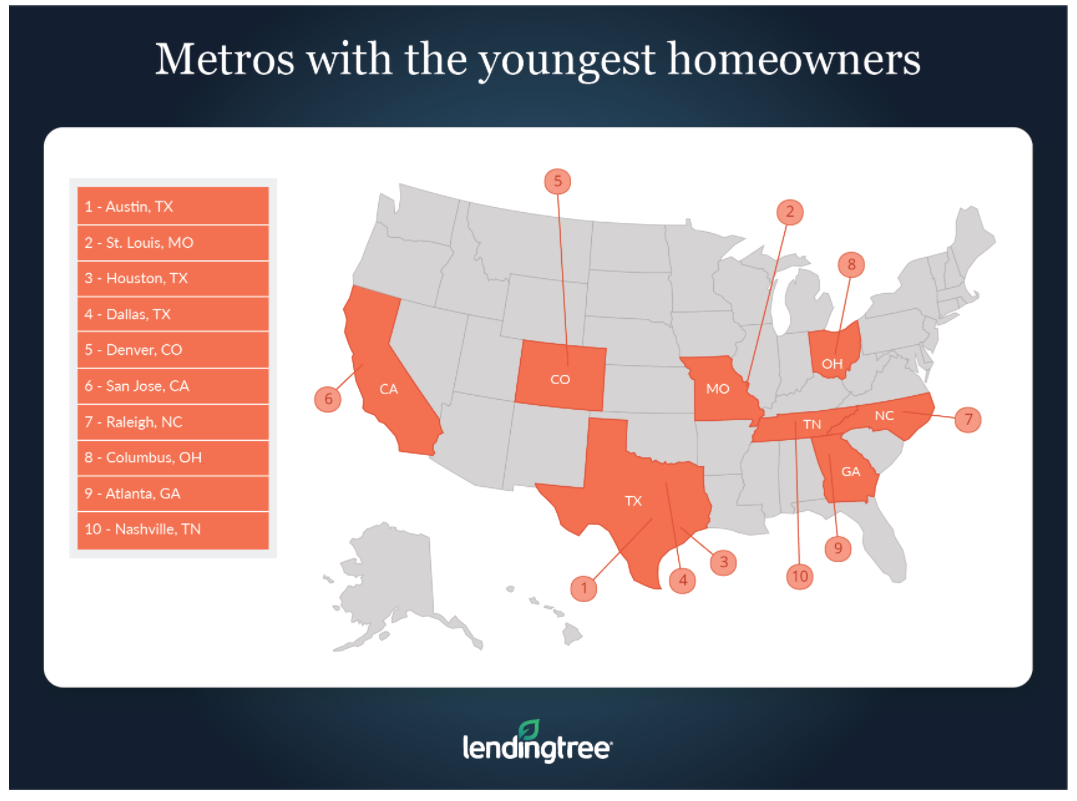 “On the flip side, younger people often gravitate toward less expensive areas like Texas,” said Channel [1]. “And when they do congregate in costly metros like San Jose, California or Denver, they’re often doing so because they’re looking to start a career in an area with a robust job market.”