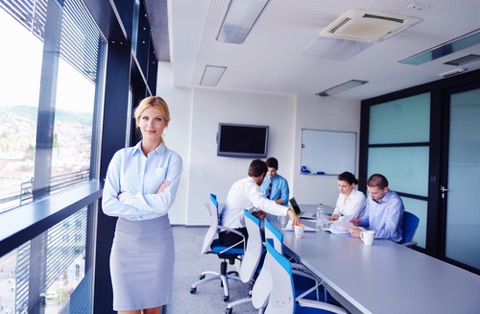 Out of hundreds of nominations from across the mortgage industry, MReport released its 2017 Women in Housing List, featuring a number of well-established female leaders that have made names for themselves and been recognized by their peers.ou

There is a common thread between those that have been selected, as their careers have been shaped by experience, confidence, and perseverance. From young developing leaders to seasoned executives with 30-plus years of experience, the industry is filled with impactful women who are using their voice to promote diversity and inclusion.

The Women of Housing list is divided into three categories: Power Players, which honors nine C-suite and executive-level women; Leading Ladies, recognizing top female executives and managers; and Emerging Leaders, which features up-and-coming talents who are 35-years of age or younger as of September 1, 2017.

As a featured Power Player, Ann Thorn serves as the Executive of Mortgage and Vehicle Servicing Operations for Bank of America. Thorn attributes her success to simply having self-confidence, a quality she also teaches to young women.

“They can’t hold back. They have to be brave enough and have the courage to take that next step,” Thorn said. “There's an enormous amount of unbelievable women, whether they're sitting in an executive or they have a line-level job, it doesn't matter. They still have the power at whatever position they're in in the workforce to make a difference.”

One of MReport’s Emerging Leaders is Shasta Patton, VP of Customer Experience at Mr. Cooper (Nationstar Mortgage Holdings). At 29-years-old, Patton represents a diverse group of young and motivational leaders.

“As an industry, we have a challenge in promoting minority women, and Shasta is a great example of what the next wave of female leaders can look like,” said Dana Dillard, EVP of Mr. Cooper.

MReport’s Women in Housing is a special issue published annually, and the women will be recognized at the Five Star Conference’s Women in Housing Leadership Forum. The forum will be held on Wednesday, September 20th at 2 p.m. at the Hyatt Regency in Dallas, Texas.

During the forum, some of the industry’s most accomplished women will speak on promoting diversity and inclusion throughout the industry. The Women in Housing Leadership Forum presents the following speakers:

Previous: The Week Ahead: The Beige Book
Next: En-gender-ing Change