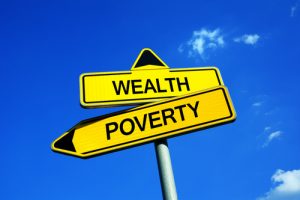 While many enjoyed their Labor Day Monday, Consumer Financial Protection Bureau (CFPB) Director Richard Cordray attended the American Federation of Labor and Congress of Industrial Organizations (AFL-CIO) Labor Day Picnic to discuss three forms of financial inequality deepening the divide between those trying to stretch their dollar and the wealthy.

According to Cordray, the U.S. used to embody the principle that if you work hard and act responsibly, you can get ahead in life, but now the greatest share of income growth rests in the hands of the affluent. This is due to three forms of financial inequality: inequality of wealth, unequal access to financial services, and lack of access to traditional credit.

Inequity of wealth differs from income because it covers all accumulated assets. Cordray said, “estimates indicate that the share of wealth held by the top 1/10 of 1 percent in the United States tripled over the past 30 years. In contrast, during the financial crisis, the bottom fell out on millions of people whose wealth was tied up in their homes, in many communities and certainly in communities of color.”

Because of the many financial crisis predatory practices, Cordray said homeownership was ruined for many Americans through foreclosure and tarnishing of credit. That is why the CFPB put protections in place so that homebuyers won’t be set up with mortgages they cannot afford. However, the CFPB can’t erase the time it will take to restore wealth in these families.

“Another significant form of financial inequality, which is unequal access to financial services, compounds the problems created by income and wealth inequality,” Cordray said. “About 10 million households in the U.S. do not use banks. But living without a bank account is expensive.”

Without a savings account, no interest is earned and cashing a check or paying a bill comes with fees. Because this takes time and costs additional money, it makes it harder for those without banks to climb the economic ladder. To remedy this, the CFPB is working to make banks and credit unions offer low-risk checking accounts or prepaid accounts.

The third form of financial inequality the CFPB Director discussed was lack of access to traditional credit. Despite the fact that credit can help cushion economic shocks or allow consumers to borrow for a car or education, 26 million individuals are “credit invisible,” meaning they have no formal credit history. The CFPB is working for more accurate credit information, transparency so that consumers aren’t unfairly denied credit and the removal of discriminatory lending practices.