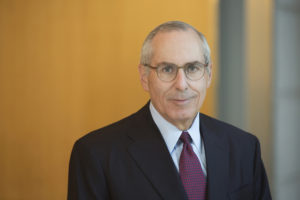 On Wednesday, Freddie Mac announced that its CEO Donald H. Layton has informed the Board of Directors of his intention to retire in the second half of 2019. The board has begun its CEO succession plan in response, which should be completed within this period.

"Don has played an indispensable role in transforming Freddie Mac and moving the housing finance system in a better direction, particularly with his leadership in developing the GSE credit risk transfer market,” said Christopher S. Lynch, Chairman of Freddie Mac’s Board of Directors. “The Board is extraordinarily grateful for his service to the company, and we anticipate that he will continue to play an invaluable role at Freddie Mac during his remaining tenure.”

To seek an outside candidate, the board has formed a committee and will retain an executive search firm.

“David is an excellent choice to serve as president,” Lynch said. “He is a natural leader who has built the multifamily business into the industry’s innovative market leader. In addition, the Board is confident that David’s broad business experience will help further the company’s competitiveness in all our businesses. Debby’s appointment to head Freddie Mac Multifamily is very well-deserved, based on her impressive management of the underwriting and credit functions and her instrumental role in the success of Freddie Mac’s multifamily business.”

Lynch concluded, “Freddie Mac’s CEO Succession Plan is designed to ensure continuity in operations as we continue to build a more innovative and capital efficient company, and we look forward to a smooth process.”