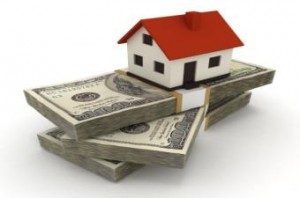 Analysis from Zillow [1]found that job growth has been disproportionately concentrated in the largest U.S. job center, and home values have increased accordingly.

The report states that the 25 largest job markets have accounted for more than half of employment growth and two-thirds of home-value growth since July 2009.

Zillow states that the 10 largest job markets in the county are responsible for 35.1% of employment growth and 40.7% of home-value growth since July 2009.

According to the study, rising home values, along with increases in what’s needed for a down payment, are barriers to homeownership for younger buyers during the recent economic expansion. Zillow found that those who graduated from 2007-2010 have an average homeownership rate of 30.4% four years after graduation.

"The striking difference between the two periods of recent economic expansion is the contrast between more balanced growth across the U.S. in the early 2000s, to a fairly consistent pattern of rural and small markets being left behind as jobs and home value growth concentrate in large markets," said Skylar Olsen, Director of Economic Research at Zillow. "The jobs story is one of continuing struggles in rural and small markets where manufacturing and agriculture are concentrated. But large cities are seeing another side of the problem in home value growth. It's not only about job vitality but also a city's ability to increase the amount of housing to meet that influx of workers. Job concentration increasingly means that already expensive metros are becoming even more expensive at a faster rate than before."

Zillow states growth has been strongest in second-tier markets, ranging from the 11th largest U.S. job market (Seattle, Washington) to Pittsburgh, Pennsylvania. No. 25 on the list. These markets outpaced the national average employment growth by 4% and has an average home-value growth by 7.6%.

The top-25 largest markets accounted for 63.8% of home-value growth. Rural areas were responsible for just 7.1%.