Though the overall critical defect rate for mortgage loans trended downward for most of 2015, the rate began to rise in the third quarter last year that has continued on into Q1 this year, according to the ACES Risk Management (ARMCO) inaugural Mortgage QC Industry Report, covering the first quarter of 2016.

The critical defect rate for mortgage loans increased to 1.92 percent in Q1 (up from 0.77 in Q3 2015), during which time a similar increase was seen in the number of Legal/Regulatory/Compliance defects. The share of Legal/Regulatory/Compliance defects as a percentage of all defects nearly doubled from 2015 to the first quarter of 2016 (from 25.9 percent up to 50 percent).

While both the number and share of Legal/Regulatory/Compliance defects was up in Q1, the industry has reduced the defect rate for both Loan Package Documentation and Property Appraisals, which accounted for the second and third most loan defects in the first quarter this year. Loan Package Docmentation was the top category for 2015, but a decline from 35.3 percent in 2015 down to 26.4 percent in Q1 2016 dropped it to second behind the Legal/Regulatory/Compliance category.

“The significant decrease in Loan Package Documentation defects reflects a concerted effort by lenders to address this point of concern in their loan production strategy,” said Avi Naider, CEO for ARMCO. “The GSEs have conveyed to the industry that missing documents are a significant loan quality issue that needs to be resolved, and the decrease in defects in this category is evidence that lenders are taking this to heart and implementing corrective action plans to ensure all required docs are included in the final loan package.” 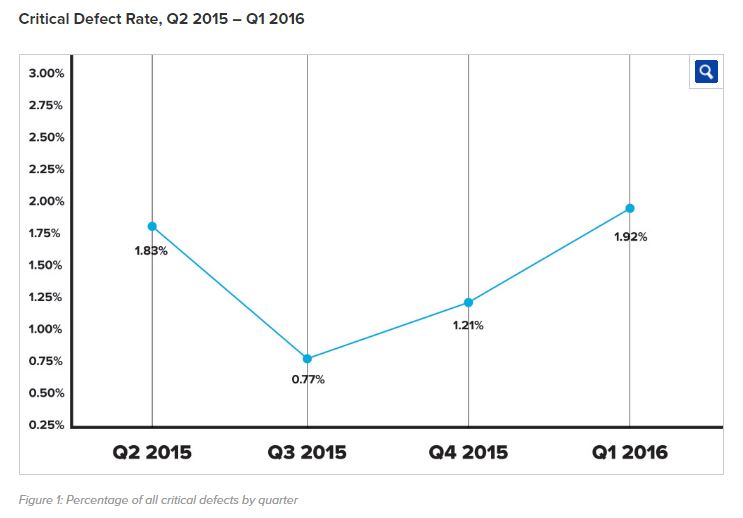 A new survey looks at how many homebuyers believe an economic downturn has arrived and if it will influence their thoughts on homebuying.