The FHFA notes that a key component of the conservatorship is the commitment of the U.S. Department of the Treasury to provide financial support to Fannie Mae and Freddie Mac to enable them to continue to provide liquidity and stability to the mortgage market. In doing so, the Treasury Department has provided $189.5 billion in support. This includes an initial placement of $1 billion in both Fannie Mae and Freddie Mac at the time of the conservatorship and an additional cumulative $187.5 billion investment from the Treasury Department.

Not everyone shares positive feelings for the FHFA's conservatorship of the GSEs, however. The subject of GSE reform has long been a hotly contested one among lawmakers and the housing industry. Though both Democrats and Republicans have pushed for GSE reform in recent years, little has been done by Congress to change the conservatorship or even consider a path toward reforming the current system. Recently, however, GSE reform has been hot in the news, with parties on both sides of the aisle making pushes in Congress.

In mid-May, 12 right-center organizations wrote a letter that urged Congress to pass the Mulvaney Bill, a GSE reform bill sponsored by Rep. Mick Mulvaney (R-South Carolina) that would suspend the GSE’s obligation to fund the National Housing Trust Fund and Capital Magnet Fund until they were better capitalized. The GSEs' capital buffer, which is currently at $1.2 billion, is required to be wound down to zero by January 1, 2018, which has caused a great deal of consternation among industry stakeholders who are concerned that the GSEs will need another taxpayer-funded bailout.

Not long after the press to pass the Mulvaney Bill, a group of 32 Democratic House of Representatives members wrote to Treasury Secretary Jack Lew and FHFA Director Mel Watt to demand reassessment of the Preferred Stock Purchase Agreement (PSPA), which requires the GSEs to have a capital buffer of zero by January 1, 2018. This request came on the back of Watt’s February speech at the Bipartisan Policy Center, when he proclaimed the GSEs’ dwindling capital buffer as one of the biggest risks of conservatorship to date.

Additionally, a new bill was proposed by Congressman French Hill (R-Arkansas) in June, called the HR 5505 GSE Review and Reform Act. The bill would require the U.S Treasury Secretary to study the Federal Housing Finance Agency’s conservatorship of Fannie Mae and Freddie Mac annually, as well as the impact ending that conservatorship might have. The bill would also require the Treasury to present recommendations to Congress each year on how to progress GSE reform and move toward ending the conservatorship.

The next move for the GSEs is still unclear, but one thing is clear: There will not be any movement with GSE reform until the next administration takes office. And the FHFA's conservatorship of the GSEs, which was intended to be temporary, is eight years old and counting with no end in sight.

Previous: Home Price Appreciation May Not Be Slowing After All
Next: Delighting Mortgage Borrowers with a Digital Control Room 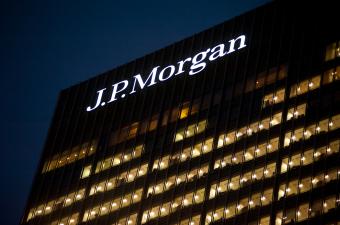 As part of a five-year $400 million philanthropic commitment to that includes low-cost loans, equity and grants targeted ...