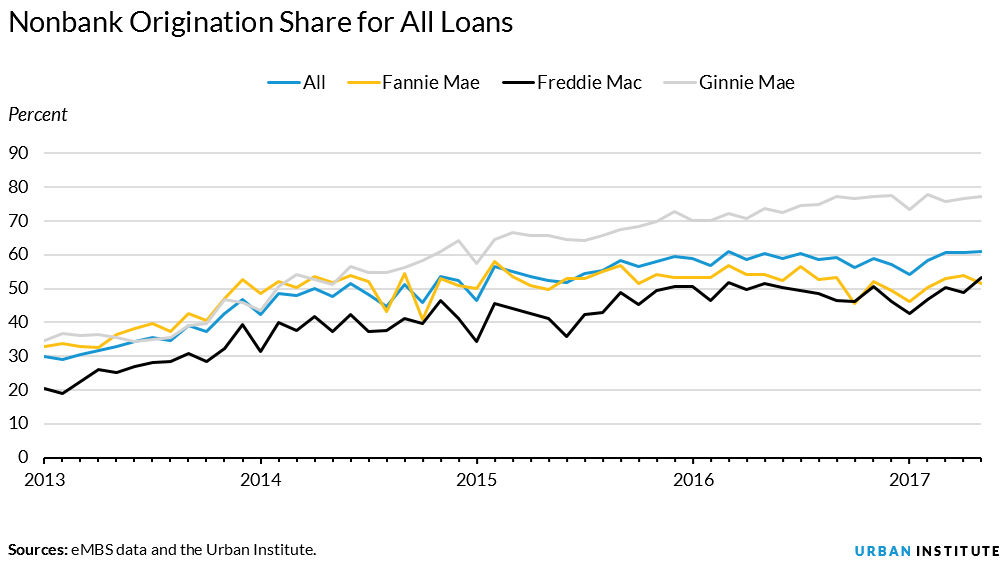 Recent data from the Urban Institute reveals that nonbanks originated 60 percent of new mortgages this year. With nonbanks currently dominating originations, there are important facts policymakers need to know about it.

In addition, the report reveals that increased reliance on nonbanks may pose increased risk to the GSEs and FHA, as “nonbanks are not as stringently regulated as banks, which may pose greater counterparty risk to the agencies, particularly Ginnie Mae.”

Finally, policymakers should take into consideration that banks have pulled back from GSE and FHA lending. According to the data, those reasons include, “lack of clarity with loan investors, high cost of servicing delinquent loans, and uncertain litigation risks.”

Previous: Millennial Homebuyers: The Future of the Housing Market
Next: Otting, Quarles Nominations to go to Full Senate Vote