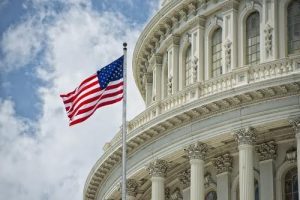 On Thursday, the Financial Services Committee (FSC) held a hearing titled “A Failure to Act: How a Decade without GSE Reform Has Once Again Put Taxpayers at Risk”. The purpose of he hearing is to examine the implications of the ongoing conservatorship of Fannie Mae and Freddie Mac, ten years after the financial crisis and the GSEs were put into conservatorship. The conservatorship was never meant to be a permanent solution.

Ahead of the hearing, trade groups such as the Credit Union National Association (CUNA) urged policymakers to fasten GSE reform in a letter to the administration.

“Together, we urge policymakers to lock in recent reforms to GSEs and complete the necessary additional reforms to protect taxpayers, provide liquidity and promote stability while taking care not to roll back aspects of GSEs’ operations that are supporting the foundation of the housing market,” the CUNA letter reads. “Only through such efforts can we ensure an affordable, accessible housing finance market that works for American homeowners and renters alike.”

In his opening statement, FSC Chairman Greg Hensarling stated that the “GSEs’ anti-competitive government charters and ever-increasing “affordable housing” mandates created a toxic mess of systemic risk,” and are quietly returning to pre-recession level dominance. Hensarling states that there is a plan to permamnently repeal the GSE’s charters, ending their monopoly. This will begin a transition to a system that allows qualified mortgages backed by an approved private credit enhancer with regulated, diversified capital resources to access the explicit, full government securitization guarantee provided by Ginnie Mae.

“While by no means perfect, we offer this proposal as a grand bargain on how to move past an increasingly dangerous status quo: codify an explicit government MBS guarantee into law, coupled with an accountable and effective affordability program in exchange for placing the taxpayer in a catastrophic loss position only diffusing the credit risk beyond two GSEs, and creating market competition,” said Hensarling.

In her testimony before the FSC, Nikitra Bailey, EVP of the Center for Responsible Lending states that the GSEs and Ginnie Mae provide valuable resources to homebuyers in under-served communities.

"Congress has a unique opportunity to reform the secondary mortgage market in a more equitable manner," said Bailey. Such action will allow far more American citizens the opportunity to thrive and keep smaller lenders on equal footing with large national banks. Congress must also act with extreme care and build upon existing reforms that have stabilized the marketplace and made it safe for consumers and lenders alike.

"In the end, the goal should be achieving a more open and competitive market, not an unstructured market," he added.

Edward J. Pinto, Resident Fellow and Codirector of the American Enterprise Institute Center on Housing Markets and Finance, testified in the hearing, noting that we are in the middle of another housing boom, like the boom that preceding the housing bust in 2008.

“Prompt administrative action is advisable now,” said Pinto. “ We are in the midst of a strong home price boom that is unsustainable and fueled by leverage. While we do not know when real house prices will revert to their trend growth path, what is certain is that when such a reversion occurs, low-income and minority home buyers will again be unduly subjected to volatile home prices, loss of equity, and attendant loan defaults. As a nation, we can and must do better.”

Previous: Who Will Succeed Don Layton in 2019?
Next: BCFP Amends Housing Regulations