Single Millennials Are Taking Over 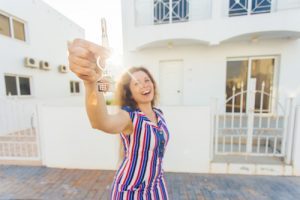 Millennials are the biggest homebuying group currently, and in some markets, single millennials are bigger buyers than married ones, according to the latest Ellie Mae Millennial Tracker, for July 2018.

Over half of single millennial buyers were men, at 53 percent, while 40 percent were women, leaving the last seven percent unspecified. Single homebuyers borrowed $172,904, on average, and had an average FICO score of 720.

"Millennials are purchasing more homes than any other generation, and we're seeing many single borrowers take advantage of opportunities now rather than waiting to purchase a home around a big life event such as getting married or starting a family," said Joe Tyrrell, EVP of Corporate Strategy for Ellie Mae. "We're also seeing Millennials get more for their money by purchasing homes in affordable markets."

Home purchases were the highest share of all closed loans for millennials at 90 percent, down from 91 percent in June. Another 8 percent were refinances while two percent were unspecified.

Millennial males made up 61 percent primary borrowers of millennial closed loans, while females made up 32 percent and seven percent was left unspecified.