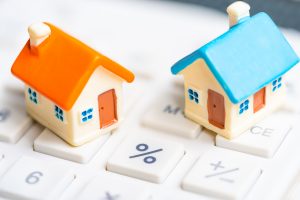 Freddie Mac’s latest Primary Mortgage Market Survey (PMMS) has found that the 30-year fixed-rate mortgage (FRM) averaged 2.88% for the week ending September 9, 2021, up slightly from last week’s rate of 2.87%. A year ago at this time, the 30-year FRM was in similar territory, having averaged 2.86%.

“While the economy continues to grow, it has lost momentum over the last two months due to the current wave of new COVID cases that has led to weaker employment, lower spending and declining consumer confidence,” said Sam Khater, Freddie Mac’s Chief Economist. “Consequently, mortgage rates dropped early this summer and have stayed steady despite increases in inflation caused by supply and demand imbalances. The net result for housing is that these low and stable rates allow consumers more time to find the homes they are looking to purchase.”

Unemployment numbers continue to decline, as this week, the U.S. Department of Labor reported that for the week ending September 4, the advance figure for seasonally adjusted initial unemployment claims was 310,000, a decrease of 35,000 from the previous week's revised level. This is the lowest level for initial claims since March 14, 2020 when it was 256,000. 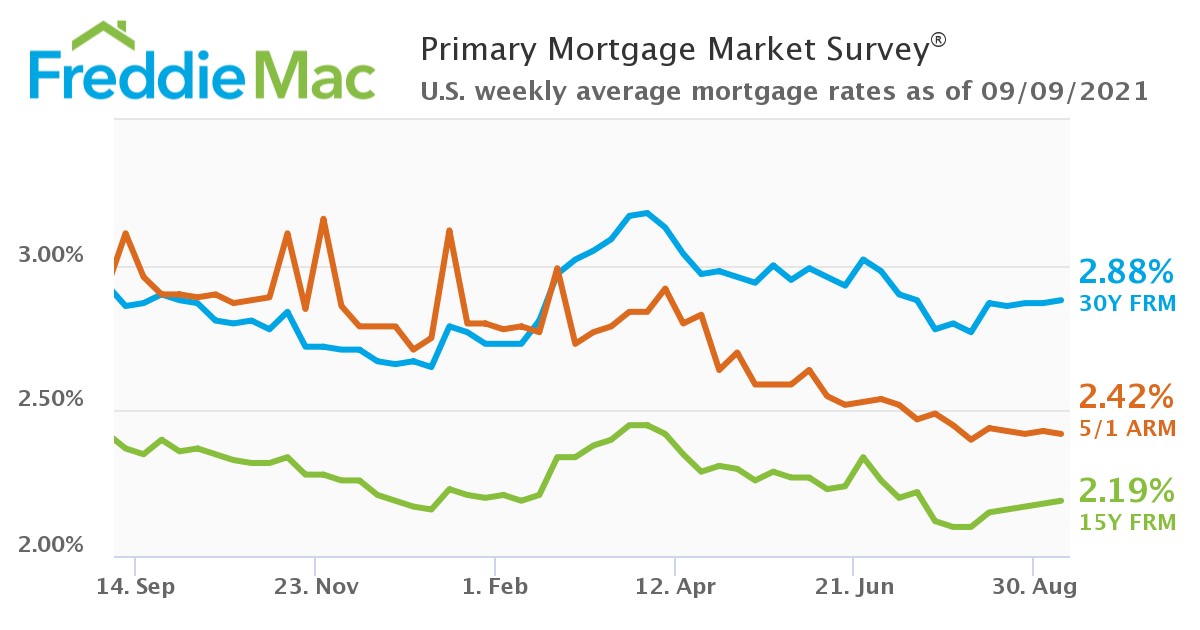 “The Freddie Mac fixed rate for a 30-year loan was relatively stable again this week,” said Realtor.com Chief Economist Danielle Hale. “This steadiness reflects the mixed jobs report that was released before the Labor Day holiday. While the economy continued to add jobs in August, the pace was lower than expected, but the unemployment rate improved nonetheless. With little economic data on tap this week, mortgage rates are likely to remain in their holding pattern. However, with inflation a simmering concern, when mortgage rates do begin to move, they will most likely move higher. For homebuyers and refinancers alike, mortgage rates remain favorable, but may not remain so for long.”

The latest Weekly Mortgage Applications Survey from the Mortgage Bankers Association (MBA) found mortgage applications taking a 1.9% dip from one week earlier, with the refinance share of mortgage activity remaining the same as the previous week at 66.8%.

CoreLogic’s latest Home Price Index (HPI) and HPI Forecast found that record high home prices, compounded with a shortage of available units, have caused home prices to shoot up 18% on average across the nation. Despite mortgage rates at near record lows, the ongoing challenges of persistent demand, a rebounding economy, and constricted supply continue to put upward pressure on home prices.

“Home price appreciation continues to escalate as millennials entering their prime homebuying years, renters looking to escape skyrocketing rents and deep pocketed investors drive demand,” said Frank Martell, President and CEO of CoreLogic. “On the supply side, it is also the result of chronic under building, especially of affordable stock. This lack of supply is unlikely to be resolved over the next five to 10 years without more aggressive incentives for builders to add new units.”

Previous: The Face of the Familiar
Next: How Can Localities Help Promote Affordable Housing?