Home >> Commentary >> The Pace of iBuying is Picking Up

The Pace of iBuying is Picking Up 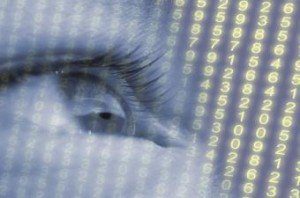 With many businesses hitting pause in wake of COVID-19, the purchase of homes among iBuyers dropped off 88% year over year in the second quarter, according to Redfin.com.   Research indicates a domino effect.

iBuyers are defined as real estate companies that incorporate technology and AI to make immediate offers on properties, as previously reported, in order to buy homes via fast, cash sales. These transactions reportedly are more convenient to sellers by way of eliminating the need for traditional real estate agent services such as home prep, showings and open houses. Therefore, iBuyers commonly charge sellers a higher fee.

Following the sales, these iBuyer companies then conduct any necessary repairs and improvements to the properties they buy before reselling them (usually for a great profit) to homebuyers.

In the second quarter, 880 homes were purchased by the nation’s top iBuyers; that’s 0.1% of homes that sold across more than 400 U.S. metros. It is a spiral of 88% from 7,410 homes—or 0.6% market share, from the previous year. Since the first quarter of 2017, that’s the smallest number of properties iBuyers purchased.

Purchases were put on ice at the dawn of the pandemic by all the major iBuyers, including RedfniNow, Opendoor, Zillow and Offerpad. In May and June, as the housing market started to rebound, they slowly began reopening. In the second quarter, more than $195 million was plucked down in home purchases by iBuyers compared to $1.6 billion the year before.

Phoenix saw the biggest fall off in iBuyer market share in the second quarter. iBuyers acquired 0.8% of homes that sold there, down 3.3% from the second quarter of last year. It was followed by Raleigh and Las Vegas at 2.9% and 2.7% respectively. However, with its 0.8% market share, Phoenix ranked first among iBuyers’ leading markets. Finishing second and third at 0.6% each were Raleigh and Charlotte with the top five being rounded out by Las Vegas and Atlanta at 0.5% and 0.4%.

Market data for July and August remains unavailable, but over the last few months, demand’s parachuted dramatically, according to Jason Aleem, vice president of RedfinNow.

"The pandemic has brought a lot of folks into the market who need liquidity, certainty and a safe and contactless way to sell their home," Aleem said. "RedfinNow is working with several move-up buyers who need a bigger house with room to work from home, as well as parents moving closer to their adult children."

"One trend that has ramped up since the pandemic began is the iBuyer bidding war," Aleem continued. "Homeowners are seeking out offers from multiple iBuyers so they can feel confident they are getting the best possible price in this blazing hot market without a bunch of foot traffic coming through. As a result, iBuyers are making more competitive offers."

In March, Redfin reported that one out of every 100 homes sold during Q4 2019 was done through an iBuyer. Data showed that the market nearly doubled when compared to last year’s 0.6% share.

This type of home buying, although still representing a small portion of the market, is clearly on the rise. Metro areas across the nation are especially seeing increases, namely in the south and southwest regions of the country. In fact, a recent study revealed that Raleigh, North Carolina,

Redfin Chief Economist Daryl Fairweather commented on the recent rise in iBuyer activity: “It’s no surprise Raleigh and Phoenix led the nation in iBuyer share because those housing markets are iBuyer sweet spots and are poised for price growth in 2020. These markets work well for iBuyers which tend to purchase homes that are relatively affordable, were built within the last few decades and are easy to price accurately because they are located in tract neighborhoods with largely homogenous housing stock.”