Fintech: The Fastest Growing Industry in the U.S. 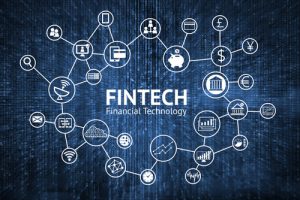 The U.S. Senate Committee on Banking, Housing, and Urban Affairs held a hearing entitled “Evaluating the Fintech Landscape” Tuesday where witnesses Lawrence Evans, Director of Financial Markets at the U.S. Government Accountability Office; Eric Turner, Research Analyst at S&P Global Market Intelligence; and Frank Pasquale, Professor of Law at the University of Maryland’s Francis King Carey School of Law examined one of the fastest growing industries in the U.S.

Fintech, or financial technology, had close to $13 billion invested in it in 2016 from U.S. based companies alone. Turner said, in many ways, Fintech is a new name for old ideas, but is useful to define emerging subsectors of the industry that will provide the most benefits to consumers and the entirety of the financial sector.

Despite the many advantages Fintech may have, there are uncertainties surrounding data and security that need to be addressed. In light of the recent Equifax data breach, regulation is one of the many ways that consumers and the financial system can be safeguarded, according to U.S. Senator Mike Crapo (R-Idaho).

“Other governments are exploring options such as a regulatory sandbox approach that encourages innovation by allowing firms to test products and services in a supervised environment,” Crapo said.

Fintech allows digital lenders to offer competitive rates due to automation and lack of physical offices. Turner and S&P Global Market Intelligence’s estimates show that 13 of the largest digital lenders in the U.S. originated $28.39 billion in loans last year and a cumulative $68.75 billion since their respective inceptions. However, in the approval process, the lack of human interaction causes some to be denied that otherwise wouldn’t.

“We need regulation to help consumers recognize the perils of the new information landscape without being overwhelmed with data,” Pasquale said. “The right to be notified about the use of one’s data and the right to challenge and correct errors is fundamental.”

To view the testimonies of the witnesses as well as watch the hearing, click here.