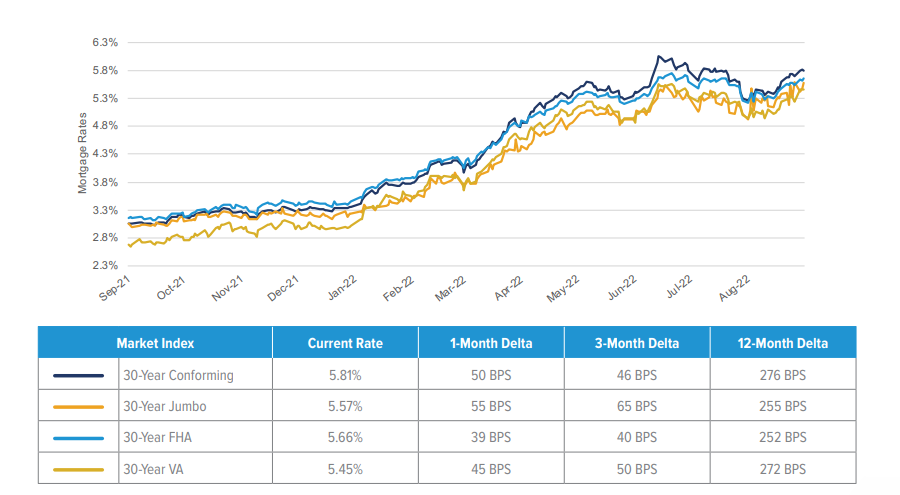 "Mortgage originators continue to feel the effects of interest rate and affordability challenges," said Scott Happ, president of Optimal Blue, a division of Black Knight. "Facing headwinds of higher rates and a move into the traditionally slower purchasing months, rate lock volumes fell nearly 9% overall in August to their lowest level since December 2019. Purchase lock counts, which exclude the impact of soaring home values on volume, are off 30% from last year. That count is now down more than 16% from 2019, marking the second consecutive month the number of purchase locks have fallen below pre-pandemic levels, as well as the lowest August count in more than four years."

The month's pipeline data showed overall rate lock dollar volume down 8.9% month over month, led by a 13.9% decline in rate/term refinance locks, which are now down 94.5% since last year. Cash-out refinance activity fell another 8.9% from July – a 72.2% year-over-year decline. The refi share of the market held at 18%, the lowest share on record dating back to January 2018. Government loan products continued to gain market share as FHA lock activity increased at the expense of both conventional and non-conforming loan volumes, a trend also likely reflected in another decline in the average loan amount – from $344K to $340K. The overall average credit score in August held steady at 722. 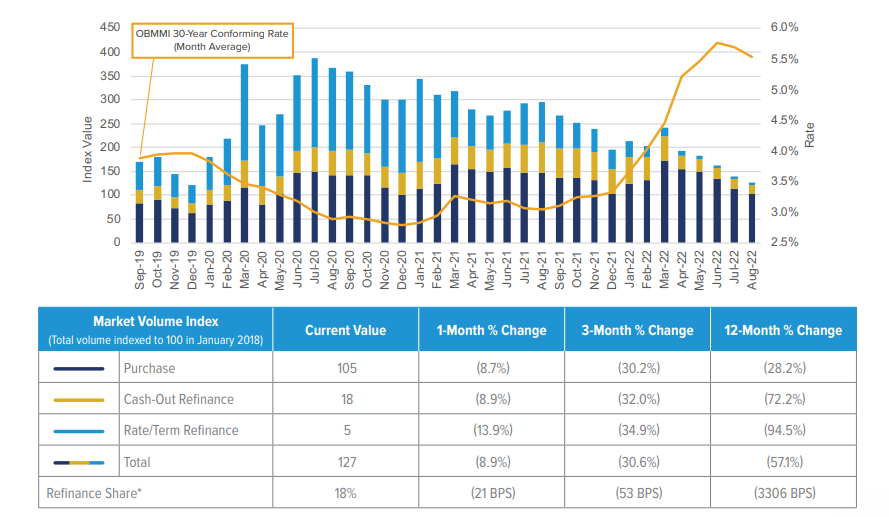 "Interest rates rose again in August after retreating slightly in July," Happ explained. "This continues to have profound effects on home affordability, which returned to near 35-year lows to close out the month. As we reported last month, home prices have begun to pull back in some of the hotter home markets, particularly those on the West Coast. Likewise, we've observed declines in both the average purchase price and average amount financed in each of the past 5 months, with each now down 9% since March. We will keep a close eye on this trend as the market moves into the traditionally slower purchasing months ahead."