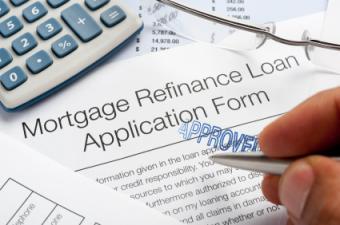 The number of mortgage loans backed by Fannie Mae and Freddie Mac that refinanced reversed course in July, declining after three months of gains as mortgage rates hover slightly above record lows, according to the FHFA’s July 2016 Refinance Report released Friday.

The GSEs combined to refinance approximately 170,000 mortgage loans during July; 5,121 of those loans (3 percent) were refinanced through the FHFA’s Home Affordable Refinance Program (HARP), bringing the total number of loans refinanced through HARP up to nearly 3.424 million since the program’s inception in 2009.

HARP numbers have been shrinking since the third quarter of 2012 when they peaked at 319,000 for the three-month period. HARP refis totaled 18,000 for the second quarter of 2016. FHFA estimates that eligible borrowers who refinance through HARP can save approximately $2,400 per year on mortgage payments. The Agency has made attempts to reach borrowers eligible for HARP through a series of outreach events in cities with the most eligible borrowers (Chicago, Atlanta, Detroit, Miami, Newark, and Phoenix), webinars, websites, and social media campaigns.

The program, which was set to expire at the end of 2016, was extended in August 2016 for the fifth time, this time until the end of September 2017, as the FHFA continues to try to reach the approximately 323,000 borrowers nationwide that are eligible to refinance through HARP as of March 31, 2016.

FHFA launched HARP in early 2009 as a way for borrowers who are current on their mortgages but have little or no equity to take advantage of low interest rates and other refinancing benefits. Five percent of the loans refinanced through HARP in July had a loan-to‐value ratio greater than 125 percent. Slightly more than one-quarter (26 percent) of HARP refinances in July were for shorter-term 15- of 20-year mortgages, which typically build equity faster than 30-year mortgages. 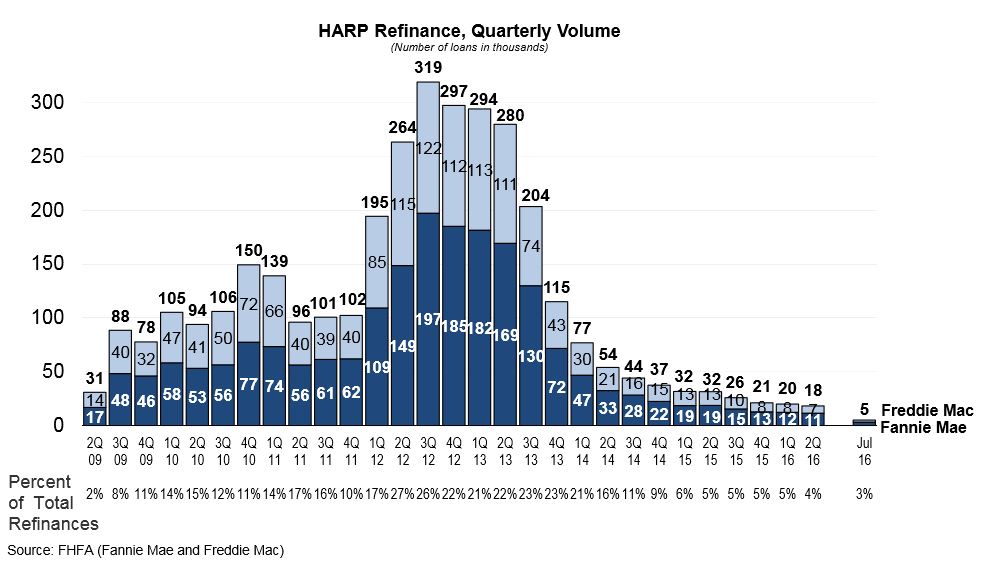 Previous: Will PMI’s Comeback Prompt FHA to Lower Premiums?
Next: The Return of Non-Prime Origination Programs