Best Places to Live in America 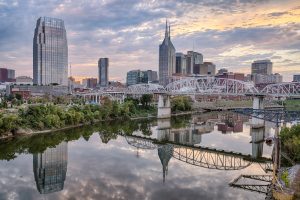 Money magazine released its “Best Places to Live in 2019” list, with Clarksville, Tennessee, being named the best place to live.

The report states that Clarksville, located just 50 miles north of Nashville, combines affordability and amenities, with millennials taking notice. Money reports the average age of the Clarksville resident is just 29.

Between May and July 2019, one in every two mortgages closed in the market were done by millennials, according to Ellie Mae.

Attom Data reported that the average home in Clarksville sold for under $156,000, which is $100,000 under the national average.

“The housing market is just crazy right now,” Megan Baggett, a Clarksville business owner told Money. “You can barely even keep a house on the market for longer than a week before it sells.” To keep up with demand, she says, her husband is working on building six different houses. The city of Clarksville covers a fairly wide geographical area, and contains neighborhoods featuring an array of homes: new Craftsman-style, grand estates, duplexes, apartment complexes, and more.”

It was reported earlier that Madison had the highest share of millennials in 2017.

The report stated that millennial made up 32% of Madison’s population in 2017, and the share of millennial moving to the area, when compared to non-millennial, was 75%.